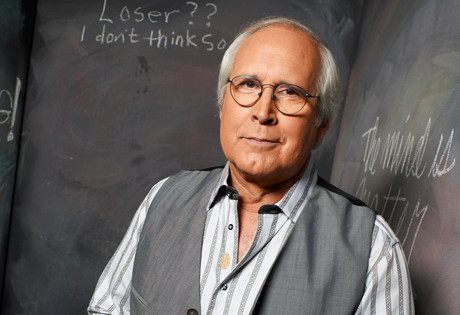 Start by filling out our no-obligation entertainment request form to check pricing and availability for Chevy Chase or whoever else you may want.

Our Chevy Chase agent will be happy to help you get Chevy Chase's availability and booking fee, or the price and availability for any other A-List entertainer, band, comedian or celebrity you may want for your corporate event, private party, wedding, birthday party or public show.

Comedic legend Chevy Chase was actually born Cornelius Crane in 1943. For more than four decades, Chevy Chase has delighted audiences with some of comedy’s most iconic roles and films, and has contributed to the genre of film and television as actor, comedian, producer, and writer. Chevy Chase’s upbringing set the stage for his future career; his father worked as an editor and writer, his mother was a concert pianist, and his grandparents include a painter, opera singer, and illustrator.

Young Chevy was fortunate enough to be born into relative affluence, although his parents divorced when he was still very young, leading to a bit of unrest in his formative years. Although he attended the best schools in the area, Chase was expelled from the Riverdale Country School before attending Stockbridge School in Massachusetts. While attending Haverford College in the early 1960’s, Chevy established a reputation for his comedic timing and skill with physical humor, but he did not pursue studies in theater or drama; instead, he graduated with a degree in English from Bard College in 1967.

For a number of year, Chevy Chase took on a number of odd jobs until landing his first comedic gig with the ensemble Channel One. During this time he began writing for television, and by the early 1970’s, he’d joined the cast of the National Lampoon Radio Hour, which teamed him up with his future film and Saturday Night Live cast members Bill Murray, Gilda Radner, and John Belushi.

Although Chase’s on screen presence has waned a bit in the new millennium, he is still considered among the era’s most notable comedic talents. He recently joined the cast of the television show Community (2009-2012), and he continues to make appearances in both film and television from time to time.

For more information on booking Chevy Chase, please contact Booking Entertainment. One of our top booking agents will be happy to work on your behalf to get you the best possible price to book any big name entertainer for your upcoming public, private or corporate event worldwide.

Booking Entertainment works to get the best possible Chevy Chase booking fee and Chevy Chase price for our clients while also providing the celebrity or famous entertainer with the level of professionalism and industry norms that they expect from an event run by a professional booking agency and production management.

Booking Entertainment uses our agency / management relationships and over 25 years of production experience to help buyers of headline / top name entertainers and does not claim or represent itself as the exclusive Chevy Chase agent, manager or management company for any of the artists on our site.

Booking Entertainment does not claim or represent itself as the exclusive booking agency, business manager, publicist, speakers bureau or management for Chevy Chase or any artists or celebrities on this website.