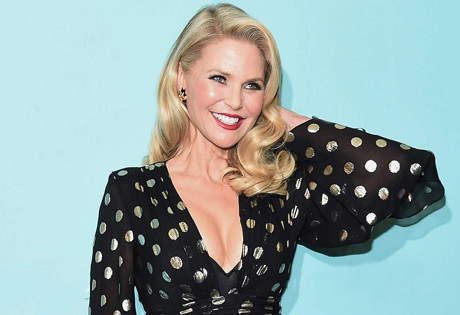 Start by filling out our no-obligation entertainment request form to check pricing and availability for Christie Brinkley or whoever else you may want.

Our Christie Brinkley agent will be happy to help you get Christie Brinkley's availability and booking fee, or the price and availability for any other A-List entertainer, band, comedian or celebrity you may want for your corporate event, private party, wedding, birthday party or public show.

The actress and model Christie Brinkley was born in 1954 in Monroe, Michigan. Long before Brinkley rose to fame as one of America’s most successful and recognizable models, she grew up with her family in Los Angeles, attending Le Lycee Francais de Los Angeles in California. Christie decided initially to pursue a career in art, and so she left for Paris to continue her studies in the early 1970’s. The move proved fortuitous, but not as expected; Brinkley was discovered by an American photographer while standing in a post office in France, and the rest, as they say, is history.

The photographer brought Brinkley’s photographs to John Casablancas, who immediately signed her to his Elite Model Management agency. Some of Brinkley’s earliest contracts during this time period include shoots for Glamour, CoverGirl, and then later Sports Illustrated, for their Swimsuit Issue. Christie’s three consecutive appearances for the issue led to her biggest breakthrough, launching a career which has brought her image to more than five hundred magazine covers, including: Glamour, Cosmopolitan, Newsweek, Vogue, Rolling Stone, Esquire, and LIFE.

In the early 80’s, Christie Brinkley made her first appearance on the big screen, as “the girl in the red Ferrari” in National Lampoon’s Vacation. Although she never launched a full-fledged career as an actress, throughout the 80’s and 90’s she hosted a number of television programs including Celebrity Weddings InStyle and Living in the 90’s, which aired on CNN. In addition, Christie has has written a health and beauty book, Christie Brinkley’s Outdoor Beauty and Fitness Book, and she launched her own signature fragrance, Believe, in 1998.

Today, Christie Brinkley is known for her active philanthropic endeavors, particularly for organizations which seek to promote animal welfare and animal rights. She has also traveled with the USO on a number of goodwill missions, and she has been the recipient of the March of Dimes’ Humanitarian Award. Numerous other awards have been given to Brinkley, who continues her work as an actress, writer, designer, and activist.

For more information on booking Christie Brinkley, please contact Booking Entertainment. One of our top booking agents will be happy to work on your behalf to get you the best possible price to book any big name entertainer for your upcoming public, private or corporate event worldwide.

Booking Entertainment works to get the best possible Christie Brinkley booking fee and Christie Brinkley price for our clients while also providing the celebrity or famous entertainer with the level of professionalism and industry norms that they expect from an event run by a professional booking agency and production management.

Booking Entertainment uses our agency / management relationships and over 25 years of production experience to help buyers of headline / top name entertainers and does not claim or represent itself as the exclusive Christie Brinkley agent, manager or management company for any of the artists on our site.

Booking Entertainment does not claim or represent itself as the exclusive booking agency, business manager, publicist, speakers bureau or management for Christie Brinkley or any artists or celebrities on this website.