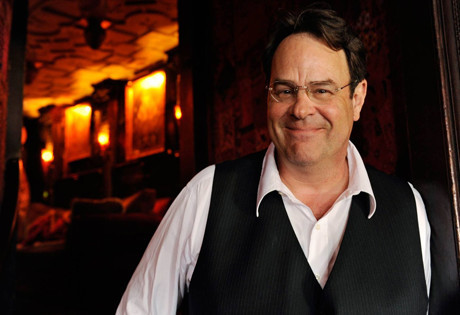 Start by filling out our no-obligation entertainment request form to check pricing and availability for Dan Aykroyd or whoever else you may want.

Our Dan Aykroyd agent will be happy to help you get Dan Aykroyd's availability and booking fee, or the price and availability for any other A-List entertainer, band, comedian or celebrity you may want for your corporate event, private party, wedding, birthday party or public show.

The Canadian-American actor Dan Aykroyd was born in 1952 in Ottawa, Ontario, Canada. Aykroyd grew up in a religious household, and was so influenced by his experiences in the Catholic Church that for most of his youth he aspired to enter the priesthood. However, his focus shifted to the academic studies of sociology and then criminology while at Carleton University, and it was during this time at a student that he began to take the stage as a comedian at various nightclubs around the Toronto area.

Aykroyd joined the Second City comedy troupe in Toronto in 1973, which ultimately led to his first job as a writer for Saturday Night Live. Within a matter of weeks, it became clear that Dan’s talents would make him a strong cast member, and so he joined the original cast (known as the “Not Ready for Prime Time Players”) for the show’s first season. Dan Aykroyd remained with the show for its first four seasons, becoming famous for his unique impersonations of such public figures as: Julia Child, Jimmy Carter, Rod Serling, and Richard Nixon. His co-hosting of the Weekend Update segment on the show became famous for his catchphrase, “Jane, you ignorant slut.” Ultimately, his work on SNL earned him his first Emmy Award for Outstanding Writing in a Comedy-Variety or Music Series.

From Saturday Night Life, Dan Aykroyd went on to become a highly successful actor, for both comedic roles and dramatic roles, ultimately earning an Academy Award for Best Supporting Actor for his role in the film Driving Miss Daisy (1989.) Aykroyd is also most famous as half of the “Blues Brothers” act, alongside the late John Belushi. Other notable film appearances by Dan Aykroyd include: Ghostbusters (1983), Spies Like Us (1985), Caddyshack 2 (1988), Sneakers (1993), Blues Brothers 2000 (1998), Pearl Harbor (2001), 50 First Dates (2004), and I Now Pronounce You Chuck & Larry (2007.)

Most recently, Dan Aykroyd served as one of the executive producers for the re-boot of the Ghostbusters franchise; the new Ghostbusters arrived in 2016 and featured an all-female cast. Aykroyd is also scheduled to narrate the documentary Defend-Conserve-Protect in the coming year.

For more information on booking Dan Aykroyd, please contact Booking Entertainment. One of our top booking agents will be happy to work on your behalf to get you the best possible price to book any big name entertainer for your upcoming public, private or corporate event worldwide.

Booking Entertainment works to get the best possible Dan Aykroyd booking fee and Dan Aykroyd price for our clients while also providing the celebrity or famous entertainer with the level of professionalism and industry norms that they expect from an event run by a professional booking agency and production management.

Booking Entertainment uses our agency / management relationships and over 25 years of production experience to help buyers of headline / top name entertainers and does not claim or represent itself as the exclusive Dan Aykroyd agent, manager or management company for any of the artists on our site.

Booking Entertainment does not claim or represent itself as the exclusive booking agency, business manager, publicist, speakers bureau or management for Dan Aykroyd or any artists or celebrities on this website.