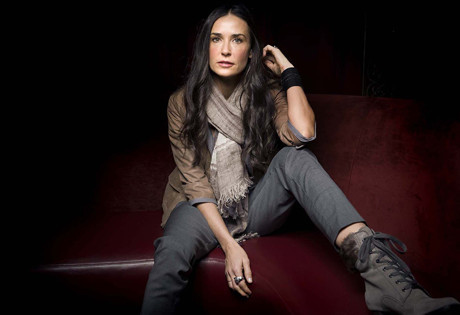 Start by filling out our no-obligation entertainment request form to check pricing and availability for Demi Moore or whoever else you may want.

Our Demi Moore agent will be happy to help you get Demi Moore's availability and booking fee, or the price and availability for any other A-List entertainer, band, comedian or celebrity you may want for your corporate event, private party, wedding, birthday party or public show.

The American actress Demi Moore was born Demi Guynes in 1962 in Roswell, New Mexico. Moore’s biological father had been in the Air Force, but left the family before Demi was born. Demi’s mother remarried when she was only three year’s old, and at the age of fifteen she moved to West Hollywood after her mother had gotten a job working for a magazine distribution company.

Demi attended high school until the age of sixteen, at which time she dropped out and moved away from her family, living on her own for the first time. Earliest gigs were in modeling, but Moore’s interest shifted to acting after taking a series of classes and discovering she had a natural knack for the craft.

Demi Moore’s first major role was on the television soap opera General Hospital, playing the role of Jackie Templeton, in 1981. Moore remained with the show for four years, but after an appearance in the film Blame It on Rio, she began to receive offers for better roles. Eventually, she garnered her breakthrough role in St. Elmo’s Fire in 1985, bringing her international success. Throughout the 1980’s, Demi Moore made a number of films with a teen or young adult focus, including: About Last Night (1986), One Crazy Summer (1986), and Wisdom (1986.)

For more information on booking Demi Moore, please contact Booking Entertainment. One of our top booking agents will be happy to work on your behalf to get you the best possible price to book any big name entertainer for your upcoming public, private or corporate event worldwide.

Booking Entertainment works to get the best possible Demi Moore booking fee and Demi Moore price for our clients while also providing the celebrity or famous entertainer with the level of professionalism and industry norms that they expect from an event run by a professional booking agency and production management.

Booking Entertainment uses our agency / management relationships and over 25 years of production experience to help buyers of headline / top name entertainers and does not claim or represent itself as the exclusive Demi Moore agent, manager or management company for any of the artists on our site.

Booking Entertainment does not claim or represent itself as the exclusive booking agency, business manager, publicist, speakers bureau or management for Demi Moore or any artists or celebrities on this website.