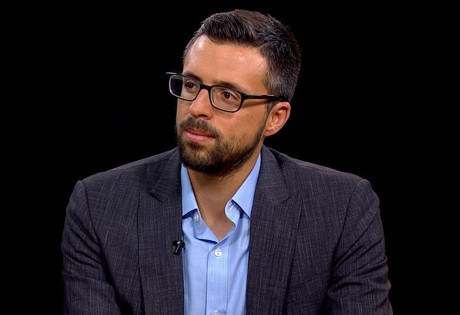 Start by filling out our no-obligation entertainment request form to check pricing and availability for Ezra Klein or whoever else you may want.

Our Ezra Klein agent will be happy to help you get Ezra Klein's availability and booking fee, or the price and availability for any other A-List entertainer, band, comedian or celebrity you may want for your corporate event, private party, wedding, birthday party or public show.

Journalist Ezra Klein was born in 1984. Before Klein rose to fame for his blogs and columns for the Washington Post, he worked for Howard Dean on his political campaign in 2003 and served as an intern for the Washington Monthly in 2004. Klein’s earliest blogs in 2003, followed by his development of the Google Groups forum known as JournoList, garnered him the buzz and attention to bring him to the next level, serving as a blogger for American Prospect in 2007.

By this time, the Washington Post had taken note of Klein’s talents and following. Ezra began writing for the newspaper full-time in 2009, and since then the Wonkblog he created has expanded to feature five additional writers. In recent years, Ezra Klein has also contributed to Countdown with Keith Olbermann and served as a columnist for Bloomberg View. Klein most recently announced his departure from the Washington Post; he will be joining a new media venture known as Vox Media.

So far in his career, Ezra Klein has been named Blogger of the Year by the Week magazine; pinned as one of the 50 most powerful people in Washington by GQ Magazine; and named one of the 25 best financial bloggers by Time Magazine. Ezra Klein begins his new venture at Vox Media in late 2014.

For more information on booking Ezra Klein, please contact Booking Entertainment. One of our top booking agents will be happy to work on your behalf to get you the best possible price to book any big name entertainer for your upcoming public, private or corporate event worldwide.

Booking Entertainment works to get the best possible Ezra Klein booking fee and Ezra Klein price for our clients while also providing the celebrity or famous entertainer with the level of professionalism and industry norms that they expect from an event run by a professional booking agency and production management.

Booking Entertainment uses our agency / management relationships and over 25 years of production experience to help buyers of headline / top name entertainers and does not claim or represent itself as the exclusive Ezra Klein agent, manager or management company for any of the artists on our site.

Booking Entertainment does not claim or represent itself as the exclusive booking agency, business manager, publicist, speakers bureau or management for Ezra Klein or any artists or celebrities on this website.