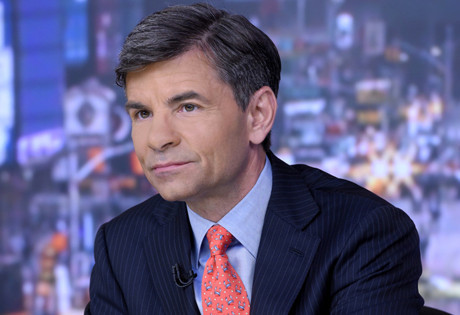 Start by filling out our no-obligation entertainment request form to check pricing and availability for George Stephanopoulos or whoever else you may want.

George’s career in politics began as an aide to Ed Feighan, one of Ohio’s congressional members. But it was his work first with Michael Dukakis on his presidential campaign in 1988, and then later for Bill Clinton on his 1992 presidential campaign that solidified his position in the world of politics. His role in Clinton’s campaign is featured in the 1993 documentary film, The War Room.

Stephanopoulos continued his work for Clinton all the way through his first term in office, resigning in 1996. A few years later, George published the memoir All Too Human: A Political Education in 1999, which chronicles Stephanopoulos’s journey with Clinton from 1991 to 1996. The book quickly became a New York Times Best Seller.

After leaving the White House, George Stephanopoulos became a political analyst for ABC, appearing on multiple shows for the network, including: ABC News, This Week, World News Tonight, and Good Morning America. By 2008, Stephanopoulos was one of the most recognized political journalists on air, and his success only increased when he co-moderated the 2008 debate for the Democratic Party, between then Senator Barack Obama and Senator Hillary Clinton. He then went on to moderate the 2012 Republican debate between Rick Santorum, Ron Paul, and Mitt Romney.

George Stephanopoulos continues to serve as a political analyst for the ABC Network; he currently serves as the Chief Anchor for ABC News while still appearing on the network’s shows Good Morning America and This Week.

For more information on booking George Stephanopoulos, please contact Booking Entertainment. One of our top booking agents will be happy to work on your behalf to get you the best possible price to book any big name entertainer for your upcoming public, private or corporate event worldwide.

Booking Entertainment uses our agency / management relationships and over 25 years of production experience to help buyers of headline / top name entertainers and does not claim or represent itself as the exclusive George Stephanopoulos agent, manager or management company for any of the artists on our site.

Booking Entertainment does not claim or represent itself as the exclusive booking agency, business manager, publicist, speakers bureau or management for George Stephanopoulos or any artists or celebrities on this website.