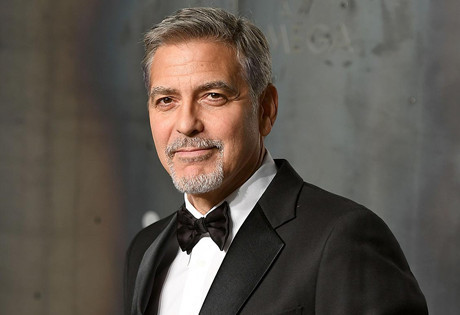 Start by filling out our no-obligation entertainment request form to check pricing and availability for George Clooney or whoever else you may want.

Our George Clooney agent will be happy to help you get George Clooney's availability and booking fee, or the price and availability for any other A-List entertainer, band, comedian or celebrity you may want for your corporate event, private party, wedding, birthday party or public show.

George Clooney was born in 1961 in Lexington, Kentucky, into a family already well-acquainted with the entertainment business; his aunt is famous performer Rosemary Clooney. George’s father also worked in news, as a well-respected anchor and journalist, and young Clooney was raised and educated in an environment acutely aware of social and humanitarian issues, an influence which has greatly shaped his life as an influential actor and philanthropist.

Clooney’s minor role as an actor was on the television series The Facts of Life, but his major role as a semi-regular on the series Roseanne brought him to the attention of audiences nationwide. His big breakthrough was just around the corner, though, when in 1994 he was cast in the role of Dr. Doug Ross on the hit television drama ER. George Clooney remained with the show for five years, during which time he earned two Emmy nominations and three Golden Globe nominations for his role.

While still appearing on ER, Clooney also began appearing in a number of film roles, including: From Dusk till Dawn (1996), One Fine Day (1996), Batman & Robin 91997), The Thin Red Line (1998), and Three Kings (1999.) But following his departure from the show, and since that time, George Clooney has become known not only for his outstanding performances in front of the camera, but also his talent as a producer and director. Aside form appearing in such blockbuster hits as O Brother, Where Art Thou?, Ocean’s Eleven, Ocean’s Twelve, Ocean’s Thirteen, and Leatherheads, Clooney has appeared in such thoughtful dramas as Good Night, and Good Luck (2005), Syriana (2005), Michael Clayton (2007), The Men Who Stare at Goats (2009), and The Ides of March (2011.) His career has also included award-winning roles as director, producer, and/or writer for some of the industry’s most highly respected films, including Good Night, and Good Luck (2005) and Argo (2012) the latter of which earned him multiple awards as producer, including both a Golden Globe and Academy Award for Best Motion Picture.

In addition to his roles as an actor, producer, director, and writer, George Clooney has established himself as among the most socially conscious members of the industry, involving himself in numerous philanthropic and humanitarian efforts. He is best-known for his work with the Not On Our Watch Project, seeking to prevent mass atrocities in places such as Darfur and the Sudan, and in his fund-raising efforts for such disasters as the earthquake in Haiti. Clooney is also a staunch supporter of gay rights, having appeared recently in the play 8, which chronicles the fight over Proposition 8 in California.

Most recently, George Clooney starred in the film Gravity (2013), alongside Sandra Bullock, and finished the script for The Monuments Men, a film in which he will star and also direct. Clooney also has at least three other projects currently in pre-production or production, scheduled for release within the next year or two.

For more information on booking George Clooney, please contact Booking Entertainment. One of our top booking agents will be happy to work on your behalf to get you the best possible price to book any big name entertainer for your upcoming public, private or corporate event worldwide.

Booking Entertainment works to get the best possible George Clooney booking fee and George Clooney price for our clients while also providing the celebrity or famous entertainer with the level of professionalism and industry norms that they expect from an event run by a professional booking agency and production management.

Booking Entertainment uses our agency / management relationships and over 25 years of production experience to help buyers of headline / top name entertainers and does not claim or represent itself as the exclusive George Clooney agent, manager or management company for any of the artists on our site.

Booking Entertainment does not claim or represent itself as the exclusive booking agency, business manager, publicist, speakers bureau or management for George Clooney or any artists or celebrities on this website.