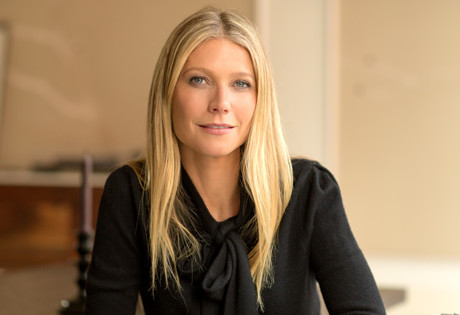 Start by filling out our no-obligation entertainment request form to check pricing and availability for Gwyneth Paltrow or whoever else you may want.

Our Gwyneth Paltrow agent will be happy to help you get Gwyneth Paltrow's availability and booking fee, or the price and availability for any other A-List entertainer, band, comedian or celebrity you may want for your corporate event, private party, wedding, birthday party or public show.

Actress Gwyneth Paltrow was born in 1972 in Los Angeles, California. Growing up as the daughter of actress Blythe Danner and producer Bruce Paltrow, it was no surprise that Gwyneth would follow in the family footsteps and also embark on a career as an actress, eventually rising to the level of household name and becoming one of the era’s most bankable actresses. Paltrow grew up in Santa Monica but later attended a private school in New York City for her teenage years. Initially, she attended the University of California at Santa Barbara with an intention on majoring in anthropology, but dropped out instead to pursue a career as an actress.

Gwyneth Paltrow appeared in small roles in a number of films in her younger years, including the film Hook (1991), where she played a young Wendy Darling. Her early breakthrough came as the role of Brad Pitt’s wife in the movie Se7en in 1995, earning her critical acclaim and earning additional the attention of notable directors. But it was her starring role in Shakespeare in Love (1998) which not only made her a household name, but also earned her a Screen Actors Guilt Award, an Academy Award, and a Golden Globe Award for her performance.

Since that time, Gwyneth Paltrow has appeared in multiple high-profile films, including: The Talented Mr. Ripley (1999), Duets (2000), The Royal Tenenbaums (2001), Shallow Hal (2001), Possession (2002), Proof (2005), Country Strong (2010), Contagion (2010), and in all three films from the Iron Man franchise (2008 – 2013.) She has also enjoyed a recurring role on the television series Glee, and in recent years has made the foray into music as a singer, contributing to both the soundtrack for the film Country Strong and for the soundtrack to the television series Glee. She also appears as a guest artist on Tim McGraw’s song “Me and Tennessee,” which rose into the top forty on the country charts. For the series Glee, Paltrow has performed on the songs: “Forget You,” “Nowadays/Hot Honey Rag,” “Singing in the Rain,” “ Kiss,” “Landslide,” “Turning Tables,” and “Happy.”

In addition to acting and singing, Gwyneth Paltrow has also published three cookbooks which include recipes that focus on nutrition: My Father’s Daughter: Delicious, Easy Recipes Celebrating Family & Togetherness (2011); Notes from My Kitchen Table (2011); and It’s All Good: Delicious, Easy Recipes That Will Make You Look Good and Feel Great (2013.)

Gwyneth Paltrow was most recently named People Magazine’s Most Beautiful Woman for 2013. Paltrow continues to perform; her most recently is in the film Mortdecai, co-starring with Johnny Depp.

For more information on booking Gwyneth Paltrow, please contact Booking Entertainment. One of our top booking agents will be happy to work on your behalf to get you the best possible price to book any big name entertainer for your upcoming public, private or corporate event worldwide.

Booking Entertainment works to get the best possible Gwyneth Paltrow booking fee and Gwyneth Paltrow price for our clients while also providing the celebrity or famous entertainer with the level of professionalism and industry norms that they expect from an event run by a professional booking agency and production management.

Booking Entertainment uses our agency / management relationships and over 25 years of production experience to help buyers of headline / top name entertainers and does not claim or represent itself as the exclusive Gwyneth Paltrow agent, manager or management company for any of the artists on our site.

Booking Entertainment does not claim or represent itself as the exclusive booking agency, business manager, publicist, speakers bureau or management for Gwyneth Paltrow or any artists or celebrities on this website.