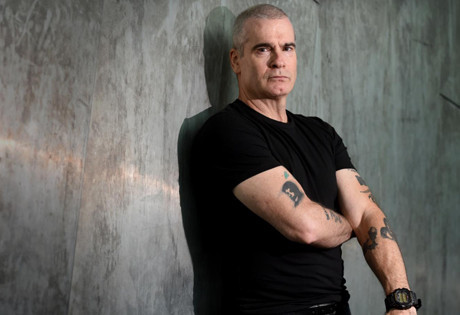 Start by filling out our no-obligation entertainment request form to check pricing and availability for Henry Rollins or whoever else you may want.

Our Henry Rollins agent will be happy to help you get Henry Rollins's availability and booking fee, or the price and availability for any other A-List entertainer, band, comedian or celebrity you may want for your corporate event, private party, wedding, birthday party or public show.

American writer, journalist, and activist Henry Rollins was born in 1961 in Washington, DC. Rollins began writing while he was still attending an all-male preparatory school, the Bullis School, located outside of Washington in Potomac, Maryland. Although Rollins credits the school with instilling a sense of responsibility and ethics, he did not carry his formal education beyond one semester at American University. Rollins left the university and after doing a variety of odd jobs, he started working as a roadie for some local bands.

Henry Rollins discovered his love of punk rock while on the road. In the early 1980’s, he established the band State of Alert, followed by Black Flag a few years later. When Black Flag disbanded, Rollins formed the Rollins Band, the musical group with which he is most frequently associated. Around the same time, he also began a multi-faceted career as writer, television and radio host, and actor, appearing in numerous films including: The Chase (1994), Heat (1995), Jack Frost (1998), The New Guy (2002), Feast (2005), The Alibi (2006), The Devil’s Tomb (2009), and Green Lantern: Emerald Knights (2011.)

As host, Henry Rollins has lent his talents to television shows such as Jackass, The Henry Rollins Show, and 120 Minutes, and to multiple radio shows. His outspoken and well-informed opinions have also brought his voice to written columns such as The Huffington Post, Vanity Fair, and LA Weekly, and to a number of books, including: Black Coffee Blues, Do I Come Here Often?, See a Grown Man Cry, Smile You’re Traveling, Eye Scream, and Broken Summers. As a champion for a number of causes, Henry Rollins lends his support to World Hunger Relief, LGBT rights, and support for America’s troops, to name a few. He was also one of a number of celebrities who fought to release the West Memphis Three (three young men wrongly convicted of murder) from jail.

Most recently, Henry Rollins appeared in the film He Never Died (2015.) He also recently became a vocal supporter of Bernie Sanders’ 2016 Democratic presidential run. Although Rollins’s days as a musician appear to be behind him, he has grown to become an active political and social voice for this generation, and continues to write, host, and make public appearances.

For more information on booking Henry Rollins, please contact Booking Entertainment. One of our top booking agents will be happy to work on your behalf to get you the best possible price to book any big name entertainer for your upcoming public, private or corporate event worldwide.

Booking Entertainment works to get the best possible Henry Rollins booking fee and Henry Rollins price for our clients while also providing the celebrity or famous entertainer with the level of professionalism and industry norms that they expect from an event run by a professional booking agency and production management.

Booking Entertainment uses our agency / management relationships and over 25 years of production experience to help buyers of headline / top name entertainers and does not claim or represent itself as the exclusive Henry Rollins agent, manager or management company for any of the artists on our site.

Booking Entertainment does not claim or represent itself as the exclusive booking agency, business manager, publicist, speakers bureau or management for Henry Rollins or any artists or celebrities on this website.