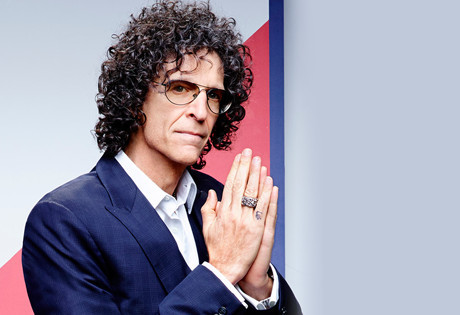 Start by filling out our no-obligation entertainment request form to check pricing and availability for Howard Stern or whoever else you may want.

Our Howard Stern agent will be happy to help you get Howard Stern's availability and booking fee, or the price and availability for any other A-List entertainer, band, comedian or celebrity you may want for your corporate event, private party, wedding, birthday party or public show.

American television and radio personality Howard Stern was born in 1954 in Queens, New York City. Stern grew up on Long Island in the town of Roosevelt and spent his formative years learning to play piano, working as a camp counselor, and developing a strong interest in radio shows. Encouraged by his father, Howard began recording his own shows when he was about ten years old, and while attending Boston University in the early 1970’s, he became one of hosts for the campus radio station.

After finishing his university studies with a degree in Communications and all required certificates granted by the Federal Communications Commission, Howard launched his professional career, first working at a radio station in Newton, Massachusetts. He lent his talents on air to a variety of stations on the east coast until finally settling in New York in the mid 1980’s. His twenty-year run in New York City with WXRK made him a household name, and brought him dozens of industry awards, syndication to sixty markets, and more than twenty million listeners. Stern’s edgy and controversial broadcasts also made him the era’s most fined radio host with fees totaling into the millions, although his approach has only made him that much more appealing to his fans. In 2004, Howard Stern secured a five hundred million dollar deal with Sirius Radio, making him among the highest paid radio personalities in the world.

In the mid 1990’s, Howard Stern also authored two books – Private Parts (1993) and Miss America (1995) - both of which went on to become New York Times Best Sellers and one (Private Parts) launching a film of the same name in 1997. Today, Howard Stern is still one of the world’s most recognizable radio hosts and artists. He most recently joined the judging panel of America’s Got Talent, a role which he continued into 2015.

For more information on booking Howard Stern, please contact Booking Entertainment. One of our top booking agents will be happy to work on your behalf to get you the best possible price to book any big name entertainer for your upcoming public, private or corporate event worldwide.

Booking Entertainment works to get the best possible Howard Stern booking fee and Howard Stern price for our clients while also providing the celebrity or famous entertainer with the level of professionalism and industry norms that they expect from an event run by a professional booking agency and production management.

Booking Entertainment uses our agency / management relationships and over 25 years of production experience to help buyers of headline / top name entertainers and does not claim or represent itself as the exclusive Howard Stern agent, manager or management company for any of the artists on our site.

Booking Entertainment does not claim or represent itself as the exclusive booking agency, business manager, publicist, speakers bureau or management for Howard Stern or any artists or celebrities on this website.