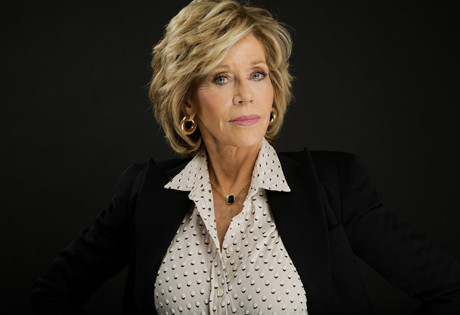 Start by filling out our no-obligation entertainment request form to check pricing and availability for Jane Fonda or whoever else you may want.

Our Jane Fonda agent will be happy to help you get Jane Fonda's availability and booking fee, or the price and availability for any other A-List entertainer, band, comedian or celebrity you may want for your corporate event, private party, wedding, birthday party or public show.

The American actor, activist, and writer Jane Fonda was born in 1937 in New York City. As the daughter of the actor Henry Fonda, it was little surprise that Jane would also go on to become one of the country’s most beloeved and recognized performers. By the time she was a teenager, Jane had already developed an interest in modeling and had a flourishing career; she’d even appeared on the cover of Vogue twice. But it was a chance meeting with Lee Strasberg that set her life as an actor on course, beginning with a number of stage performances in the 1950’s and 1960’s.

Fonda’s Broadway debut came when she was twenty-three years old, in the play There Was A Little Girl. Her performance earned her two nominations for a Tony Award, and set the stage for her film debut in Tall Story (1960.) Since that time, she has appeared in innumerous films, including: Cat Ballou (1965), Barefoot in the Park (1967), Barbarella (1968), They Shoot Horses, Don’t They (1969), Klute (1971), Coming Home (1978), Julia (1977), The China Syndrome (1979), On Golden Pond (1981), and The Morning After (1986), Monster in Law (2005) and Georgia Rule (2007), to name a few. In the 1980’s, Fonda also rose to fame for her series of exercise and workout videos, which encouraged an entire generation of women to get fit and healthy. For her acting work, Jane Fonda has been nominated for Academy Awards seven times, with two Best Actress wins. She also earned four Golden Globes and an Emmy Award for her work in television.

During the Vietnam War, Jane Fonda rose to become one of America’s strongest political voices. Today, she advocates most heavily for women’s rights, having co-founded the Women’s Media Center with Gloria Steinem. Her first autobiography was published in 2005; a second one followed recently in 2011.

Jane Fonda continues to act and recently returned to Broadway to appear in the play 33 Variations, after a forty-five year absence. She also recently appeared in the films The Butler (2013) and This is Where I Leave You (2014.) She also earned two Emmy Award nominations between 2012 and 2014 for her role on the HBO series The Newsroom, and in 2014 she received the American Film Institute’s Life Achievement Award.

For more information on booking Jane Fonda, please contact Booking Entertainment. One of our top booking agents will be happy to work on your behalf to get you the best possible price to book any big name entertainer for your upcoming public, private or corporate event worldwide.

Booking Entertainment works to get the best possible Jane Fonda booking fee and Jane Fonda price for our clients while also providing the celebrity or famous entertainer with the level of professionalism and industry norms that they expect from an event run by a professional booking agency and production management.

Booking Entertainment uses our agency / management relationships and over 25 years of production experience to help buyers of headline / top name entertainers and does not claim or represent itself as the exclusive Jane Fonda agent, manager or management company for any of the artists on our site.

Booking Entertainment does not claim or represent itself as the exclusive booking agency, business manager, publicist, speakers bureau or management for Jane Fonda or any artists or celebrities on this website.