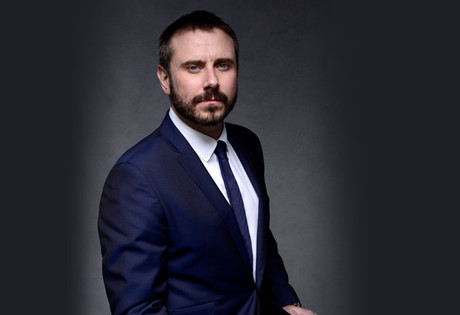 Start by filling out our no-obligation entertainment request form to check pricing and availability for Jeremy Scahill or whoever else you may want.

Our Jeremy Scahill agent will be happy to help you get Jeremy Scahill's availability and booking fee, or the price and availability for any other A-List entertainer, band, comedian or celebrity you may want for your corporate event, private party, wedding, birthday party or public show.

Journalist Jeremy Scahill was born in 1974 in Milwaukee, Wisconson. Raised in a household highly attuned to social issues and politics, Jeremy was greatly influenced by the activism of his parents, and so it was no surprise that upon entering adulthood he would pursue a career in journalism. His first real gig was as a correspondent for the show Democracy Now!, also serving as the show’s producer.

Scahill received a George Polk Award for his work on the show in 1998. Shortly thereafter, Jeremy began extensive reporting on the Iraq War, frequently reporting from the country on a variety of war-related issues. The experience led to his critically acclaimed coverage of the 1999 bombing of Serbia and the arrest of the country’s former president Milosevic. In the new millennium, Jeremy Scahill has focused extensively on the War on Terror, reporting from Iraq, Afghanistan, Yemen, and Somalia. His criticism of a number of military issues, including the use of private contractors, are reflected in his award-winning and best-selling book Blackwater: The Rise of the World’s Most Powerful Mercenary Army.

Jeremy Scahill has become known for reporting which sparks genuine change and positive disruption; a number of his reports have even resulted in investigations at the Congressional level, from the controversy over extrajudicial killings to secret CIA-run prisons located around the world. Scahill’s work has earned him innumerous awards and recognitions, including an Izzy Award and a 2003 Golden Reel Award. Scahill is also the recipient of the Windham-Campbell Prize for Literature.

Jeremy Scahill can be seen regularly on such programs as Real Time with Bill Maher, The Rachel Maddow Show, The Daily Show, and ABC World News. Scahill still serves as a correspondent for the Nation magazine and serves as a fellow at the Nation Institute. Most recently, Jeremy Scahill produced the documentary film Dirty Wars, which premiered at the Sundance Film Festival in 2013.

For more information on booking Jeremy Scahill, please contact Booking Entertainment. One of our top booking agents will be happy to work on your behalf to get you the best possible price to book any big name entertainer for your upcoming public, private or corporate event worldwide.

Booking Entertainment works to get the best possible Jeremy Scahill booking fee and Jeremy Scahill price for our clients while also providing the celebrity or famous entertainer with the level of professionalism and industry norms that they expect from an event run by a professional booking agency and production management.

Booking Entertainment uses our agency / management relationships and over 25 years of production experience to help buyers of headline / top name entertainers and does not claim or represent itself as the exclusive Jeremy Scahill agent, manager or management company for any of the artists on our site.

Booking Entertainment does not claim or represent itself as the exclusive booking agency, business manager, publicist, speakers bureau or management for Jeremy Scahill or any artists or celebrities on this website.