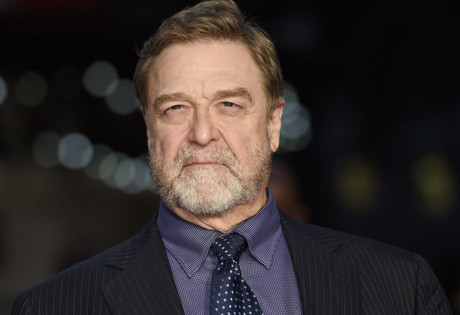 Start by filling out our no-obligation entertainment request form to check pricing and availability for John Goodman or whoever else you may want.

Our John Goodman agent will be happy to help you get John Goodman's availability and booking fee, or the price and availability for any other A-List entertainer, band, comedian or celebrity you may want for your corporate event, private party, wedding, birthday party or public show.

The actor John Goodman was born in 1952 in St. Louis, Missouri. Long before Goodman rose to fame as Dan Conner, Roseanne’s husband on the hit television series of the same name, he grew up raised by a single mother in a family of three children. His father had passed away suddenly following a heart attack when John was only two years old. Goodman excelled in athletics as a high school student, ultimately earning a football scholarship to Missouri State University. While at the university, John enrolled in the drama program, and found very quickly that he had a talent for the art.

After leaving Missouri, Goodman set his sights on New York, where he began to pursue a career as an actor. Early roles in the 1980’s include: Revenge of the Nerds (1984), Maria’s Lovers (1984), Sweet Dreams (1985), The Big Easy (1987), and Raising Arizona (1987.) In 1988, John Goodman earned the coveteted role as Dan Connor, husband to Roseanne Connor, on the hit television series Roseanne. Goodman remained with the show for 9 years, until the show finished in 1997. The role made Goodman a household name, and launched a career which has since continued to rise and last well into the new millennium.

John Goodman continues to appear in multiple films every year. His most recent appearances include the role of Roland Turner in Inside Llewyn Davis (2013) and Walter Garfield in The Monuments Men (2014.) Goodman is also scheduled to appear in the fifth installment of the Transformers film series, scheduled to released in 2016. Goodman also currently appears in the television series Alpha House in the role of Gil John Biggs, a role which he has held since 2013.

For more information on booking John Goodman, please contact Booking Entertainment. One of our top booking agents will be happy to work on your behalf to get you the best possible price to book any big name entertainer for your upcoming public, private or corporate event worldwide.

Booking Entertainment works to get the best possible John Goodman booking fee and John Goodman price for our clients while also providing the celebrity or famous entertainer with the level of professionalism and industry norms that they expect from an event run by a professional booking agency and production management.

Booking Entertainment uses our agency / management relationships and over 25 years of production experience to help buyers of headline / top name entertainers and does not claim or represent itself as the exclusive John Goodman agent, manager or management company for any of the artists on our site.

Booking Entertainment does not claim or represent itself as the exclusive booking agency, business manager, publicist, speakers bureau or management for John Goodman or any artists or celebrities on this website.