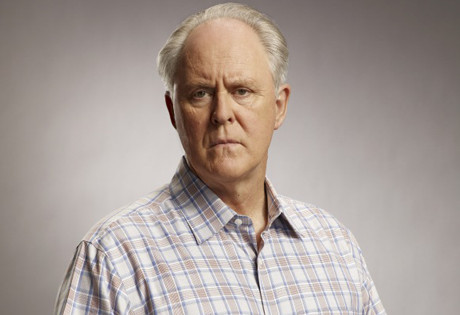 Start by filling out our no-obligation entertainment request form to check pricing and availability for John Lithgow or whoever else you may want.

Our John Lithgow agent will be happy to help you get John Lithgow's availability and booking fee, or the price and availability for any other A-List entertainer, band, comedian or celebrity you may want for your corporate event, private party, wedding, birthday party or public show.

American actor John Lithgow was born in 1945 in Rochester, New York. Long before Lithgow grew up to become one of America’s most awarded and recognized actors, he grew up influenced by his parents’ experiences in the entertainment industry; his mother had been an actress and his father worked as a director and producer in a local theater.

Young John moved around quite a bit as a child, as his father brought the family with him wherever he was able to find work. Lithgow’s formative years were mainly spent in Ohio, where he excelled in school academically and earned a coveted entry to the prestigious Harvard University. After graduating from Harvard with a degree in literature and history, Lithgow was awarded a Fulbright Scholarship to further his studies at the London Academy of Music and Dramatic Art. It was here that John honed his skills as an actor, and upon his return to New York in the early 1970’s, he was ready to pursue a full-time career, starting with the New York stage.

John Lithgow’s debut came in 1973, in the play The Changing Room on Broadway. His performance earned him both a Drama Desk Award and a Tony for Best Featured Actor in a Play. Multiple stage roles followed, as did multiple Tony nominations, most notably for his roles in M. Butterfly and Requiem for a Heavyweight. Around the same time, he began to appear in films, staring with roles in movies such as The Big Fix, All That Jazz, and Rich Kids. Eventually, he went on to star in blockbuster hits and critically acclaimed films such as The World According to Garp and Terms of Endearment, for which Lithgow earned Academy Award nominations for Best Supporting Actor.

On the small screen, John Lithgow is best known for his role as Dick Solomon on 3rd Rock from the Sun, a role which earned him multiple Primetime Emmy nominations for Outstanding Lead Actor, with three wins. In the late 1990’s, he also began to record a series of children’s albums, foraying into the music industry as well.

John Lithgow continues to perform, act, and record. His most recent film role is in the blockbuster hit Interstellar, and he is scheduled to appear in the movie The Accountant, expect for a release in 2016. In 2014, Lithgow appeared in the plays King Lear and A Delicate Balance.

For more information on booking John Lithgow, please contact Booking Entertainment. One of our top booking agents will be happy to work on your behalf to get you the best possible price to book any big name entertainer for your upcoming public, private or corporate event worldwide.

Booking Entertainment works to get the best possible John Lithgow booking fee and John Lithgow price for our clients while also providing the celebrity or famous entertainer with the level of professionalism and industry norms that they expect from an event run by a professional booking agency and production management.

Booking Entertainment uses our agency / management relationships and over 25 years of production experience to help buyers of headline / top name entertainers and does not claim or represent itself as the exclusive John Lithgow agent, manager or management company for any of the artists on our site.

Booking Entertainment does not claim or represent itself as the exclusive booking agency, business manager, publicist, speakers bureau or management for John Lithgow or any artists or celebrities on this website.