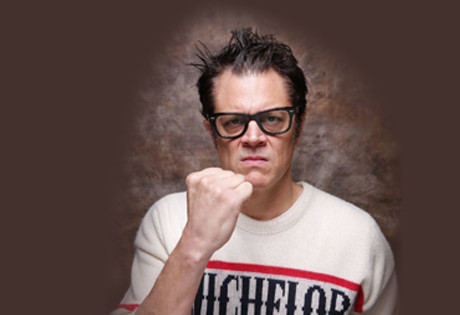 Start by filling out our no-obligation entertainment request form to check pricing and availability for Johnny Knoxville or whoever else you may want.

Our Johnny Knoxville agent will be happy to help you get Johnny Knoxville's availability and booking fee, or the price and availability for any other A-List entertainer, band, comedian or celebrity you may want for your corporate event, private party, wedding, birthday party or public show.

The actor and comedian known as Johnny Knoxville was born Philip John Clapp, Jr., in Knoxville, Tennessee. Knoxville rose to fame as the star and creator of the MTV series Jackass, but before that he’d started as a struggling writer in California. It was a pitch to a magazine that eventually led to a strange series of events which would result in his big breakthrough; Johnny suggested that for a series of articles he test self-defense equipment on himself and record the incidents. The concept was the earliest inkling of what would become Jackass.

After teaming up with Joseph R. Sperry, Johnny Knoxville pitched the concept for Jackass to MTV in 2000, and the rest – as they say – is history. Although Knoxville only remained with the show for two years, the series launched a film career that surpasses the success of Jackass. Since that time, Johnny has starred in such movies as: Big Trouble (2002), Deuces Wild (2002), Walking Tall (2004), The Dukes of Hazzard (2005), The Ringer (2005), Nature Calls (2012), Small Apartments (2013), and Teenage Mutant Ninja Turtles (2014.) He has also appeared on nearly every high-rated television talk show on the air, and has hosted Saturday Night Live more than once.

In addition to his work in front of the camera, Johnny Knoxville owns his own production company, Dickhouse Productions, which he operates with Spike Jonze and Jeff Tremaine. Most recently, he also formed the company Hello Junior, in collaboration with Paramount Pictures. Johnny Knoxville is also scheduled to appear in the 2015 film, Skiptrace, which is currently in production.

For more information on booking Johnny Knoxville, please contact Booking Entertainment. One of our top booking agents will be happy to work on your behalf to get you the best possible price to book any big name entertainer for your upcoming public, private or corporate event worldwide.

Booking Entertainment works to get the best possible Johnny Knoxville booking fee and Johnny Knoxville price for our clients while also providing the celebrity or famous entertainer with the level of professionalism and industry norms that they expect from an event run by a professional booking agency and production management.

Booking Entertainment uses our agency / management relationships and over 25 years of production experience to help buyers of headline / top name entertainers and does not claim or represent itself as the exclusive Johnny Knoxville agent, manager or management company for any of the artists on our site.

Booking Entertainment does not claim or represent itself as the exclusive booking agency, business manager, publicist, speakers bureau or management for Johnny Knoxville or any artists or celebrities on this website.