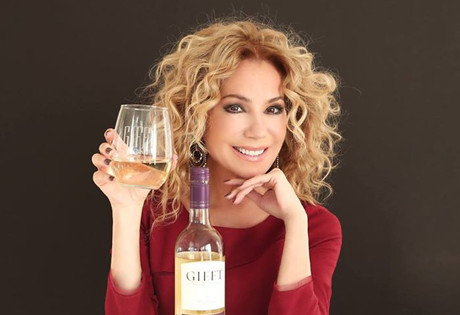 Start by filling out our no-obligation entertainment request form to check pricing and availability for Kathy Lee Gifford or whoever else you may want.

Our Kathy Lee Gifford agent will be happy to help you get Kathy Lee Gifford's availability and booking fee, or the price and availability for any other A-List entertainer, band, comedian or celebrity you may want for your corporate event, private party, wedding, birthday party or public show.

At 17, Gifford won her state Junior Miss pageant and traveled to Mobile, Alabama, to represent Maryland in the nationwide competition. There she met Anita Bryant, a prominent Christian singer and co-host of the pageant. Bryant immediately saw Gifford's potential as a Christian entertainer and invited her to live and work with her and her husband, Al Green, at their home in Key Biscayne, Florida. Gifford agreed and spent a disillusioning year babysitting, doing secretarial work, and occasionally singing in Southern Baptist churches. She realized that the couple's loveless marriage was merely a front for their careers and that their family life lay in shambles. Wanting no part of the hypocrisy, Gifford opted to leave.

However, Bryant had already secured a full scholarship for Gifford at the evangelical Oral Roberts University in Tulsa, Oklahoma, as well as a place in Roberts, World Action Singers. Beginning in 1972, Gifford sang on Oral Roberts, television show broadcast from Burbank, California, and traveled throughout the Bible Belt attending revival meetings. Gifford quickly became aware of the manipulation going on behind Roberts, charismatic veneer and dropped out of the university during her junior year.

Experiencing her own form of spiritual awakening, Gifford used the remainder of her scholarship money to rent an apartment in Tulsa. There she spent a few weeks scribbling down her spiritual thoughts, which she eventually published as The Quiet Riot in 1976. In April of that year, Gifford married Paul Johnson, her Bible study group leader and owner of a Christian music publishing company. She later admitted it was a show-biz marriage, no more than "a contract with the state of California." Although the marriage only lasted six years, it was professionally productive. Gifford cut three gospel albums between 1976 and 1978, and the couple often appeared together on religious television shows, such as The 700 Club.

Gifford simultaneously began to work on her own, more secular career. While visiting a friend on the set of the NBC soap opera Days of Our Lives, she was hired to play Nurse Callahan, which she did for nine months. She also worked on commercial jingles and made several TV pilots. From 1977-1978, Gifford was the featured singer on Name That Tune, replacing song lyrics with "la-la's." This exposure generated a slew of career opportunities, including a part in the TV sitcom Hee Haw Honeys, and gigs as the opening act for such comics as Bill Cosby, Shecky Green, and Rich Little in Las Vegas, Reno, and Lake Tahoe casinos.

In 1981, Regis Philbin left his post at the radio show A.M. Los Angeles, and Kathie Lee Gifford substituted as host for two days. Susan Winston, an executive producer of ABC's televised morning program Good Morning America (GMA) happened to be listening and was immediately drawn to Gifford's talent and freshness. She asked Gifford to do some reporting and occasionally substitute for Joan Lunden on GMA in New York. After divorcing her first husband in 1982, Gifford made the move to New York City and began to appear on the nationally televised show.

In the meantime, Regis Philbin, now co-host of The Morning Show on WABC-TV in New York, was actively looking for a new partner. Watching Gifford on GMA, Philbin was impressed by her vitality and energy, and eventually asked her to join him on his show. Ready for a break from the stiffly scripted news program and inspired by the new wave of "reality" shows such as Geraldo! and Sally Jessy Raphael, Gifford decided to take the leap into a lighter forum. She took her seat next to Philbin in June 1985, and the two immediately ignited a chemistry that would become legendary on daytime television. In the first week, Gifford called Philbin a "jerk'" beginning a playful cat-and-dog fight, which proved that the vinegar-tongued Philbin had finally met his match.

Two months after their first show aired, The Morning Show knocked Phil Donahue out of first place in the tri-state area, and in 1988, as arranged through an agreement between WABC and Buena Vista Television Live With Regis & Kathie Lee became nationally syndicated. The live 15-minute "host chat" that opened each show had nationwide appeal and made Gifford and Philbin instant celebrities. Gifford quickly became America's television sweetheart.

On October 18, 1986, Gifford married ABC's Monday Night Football sports broadcaster, and former NFL player Frank Gifford, whom she had met on the set of GMA. The Giffords, who reside in Greenwich, Connecticut, have two children, Cody Newton, born in 1990, and Cassidy Erin, born in 1993.

In 1996, the human rights group, National labor Committee, reported that child laborers in Honduras were producing Kathie Lee's clothing line for Wal-Mart. She denied all knowledge of Wal-Mart's production tactics and immediately embarked on a mission to advocate for stronger laws against sweatshop labor. She further defended herself by ensuring the public that all of the profits from her clothing line went to Cassidy's Place, a home she set up for AIDS and crack babies. Despite her efforts, Kathie Lee found herself the butt of jokes for months with her squeaky-clean innocence soiled by the media's attention to her misfortunes.

In 1997, after 10 years of marriage, Kathie Lee received another horrible blow when The Globe tabloid published photographs of her husband with Trans World Airlines flight attendant Suzen Johnson in a New York City hotel room. (The flight attendant was later discovered to have received $75'000 from The Globe to seduce Frank.) Kathie Lee suffered through personal trauma and public embarrassment, but remained with her husband. Her reputation had been, in part, built around her image as the woman who had it all: a highly successful career and a devoted family.

She had become infamous for her constant references to Frank and their children. While her fans loved her candor and intimacy, her critics labeled her personal musings as annoyingly self-righteous. With this scandal Kathie Lee learned the dangers of opening up her personal life to the world. The image of the perfect family had been publicly scrutinized, and she suddenly and immediately became silent and guarded on the topic of her family.

Having weathered the scandals, Gifford has become America's "everywoman." She serves as the spokeswoman for the Home Furnishings Council, Carnival Cruise Lines, Ultra Slim- Fast, and Revlon. In addition she produced her own fitness video, Kathie Lee's Feel Fit and Fabulous Workout; written an autobiography, I Can't Believe I Said That!; runs two charity organizations; and continues to produce albums and sing at venues across the country.

On February 29, 2000 , Kathie Lee announced that she would leave Live With Regis & Kathie Lee, now the nation's fourth-highest-rated syndicated talk show, when her contract expired in July 2000. After 11 years on the show, Gifford reportedly decided to spend more time with her family and to concentrate on her musical career. Her last regular appearance on Live aired on July 28, 2000.

Years later, Gifford said one of the reasons she decided to leave Live was because her father was terminally ill. Aaron Epstein died on November 19, 2002. After leaving Live, Gifford released a string of albums including a collection of pop songs called The Heart of a Woman (2000), Born for You (2000), and a collection of children's songs called Party Animals (2002). Most recently, Gifford has joined co-anchor Hoda Kotb on morning television as a co-anchor of the Today show.

For more information on booking Kathy Lee Gifford, please contact Booking Entertainment. One of our top booking agents will be happy to work on your behalf to get you the best possible price to book any big name entertainer for your upcoming public, private or corporate event worldwide.

Booking Entertainment works to get the best possible Kathy Lee Gifford booking fee and Kathy Lee Gifford price for our clients while also providing the celebrity or famous entertainer with the level of professionalism and industry norms that they expect from an event run by a professional booking agency and production management.

Booking Entertainment uses our agency / management relationships and over 25 years of production experience to help buyers of headline / top name entertainers and does not claim or represent itself as the exclusive Kathy Lee Gifford agent, manager or management company for any of the artists on our site.

Booking Entertainment does not claim or represent itself as the exclusive booking agency, business manager, publicist, speakers bureau or management for Kathy Lee Gifford or any artists or celebrities on this website.