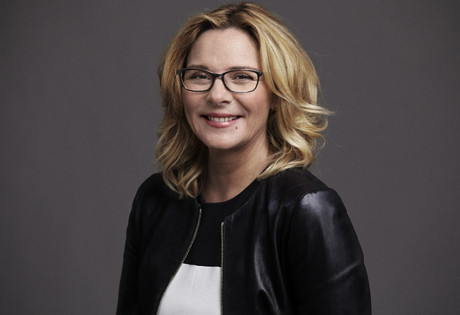 Start by filling out our no-obligation entertainment request form to check pricing and availability for Kim Cattrall or whoever else you may want.

Our Kim Cattrall agent will be happy to help you get Kim Cattrall's availability and booking fee, or the price and availability for any other A-List entertainer, band, comedian or celebrity you may want for your corporate event, private party, wedding, birthday party or public show.

The actress Kim Cattrall was born in 1956 in Liverpool, England. Long before she rose to fame as the character of Samantha on the hit television series Sex and the City, Cattrall studied acting at the London Academy of Music and Dramatic Art. Following a move to New York City, she accepted her debut role in the film Rosebud (1975), before contracting with Universal Studios in 1976, becoming one of the last actors in the United States with an old-fashioned “contract player” system of Hollywood.

Universal placed Kim Cattrall in a number of television roles, and in the 1970’s and 1980’s, she could be seen a number of television shows, including: Quincy, M.E., Columbo, and The Incredible Hulk. She also appeared in the films: Tribute (1980), and Ticket to Heaven (1981), Porky’s (1982), Turk 182 (1985), Hold-Up (1985), Big Trouble in Little China (1986), Mannequin (1987), and Star Trek VI: The Undiscovered Country (1988.) Cattrall’s star began to rise even further in the 1990’s, with appearances on stage in such works as A View From the Bridge and Wild Honey, but it was her role as Samantha in Sex in the City, which began in 1997, which truly rocketed her to fame. Kim Cattrall remained with the show until it stopped its run in 2004, and during that time she garnered five Emmy nominations, a Golden Globe Award, and two Screen Actors Guild Awards for her role in the series.

Kim Cattrall has remained quite busy as actress since the conclusion of the series. In addition to penning the book Satisfaction: The Art of the Female Orgasm (2002), she has appeared in the films: Ice Princess (2005), Sex and the City: The Movie (2008), The Ghost Writer (2010), and Sex and the City 2 (2010.) She also recently appeared on stage in Toronto, in the play Private Lives (2011), and in 2013 she began a run in Tennessee William’s play Sweet Bird of Youth.

For more information on booking Kim Cattrall, please contact Booking Entertainment. One of our top booking agents will be happy to work on your behalf to get you the best possible price to book any big name entertainer for your upcoming public, private or corporate event worldwide.

Booking Entertainment works to get the best possible Kim Cattrall booking fee and Kim Cattrall price for our clients while also providing the celebrity or famous entertainer with the level of professionalism and industry norms that they expect from an event run by a professional booking agency and production management.

Booking Entertainment uses our agency / management relationships and over 25 years of production experience to help buyers of headline / top name entertainers and does not claim or represent itself as the exclusive Kim Cattrall agent, manager or management company for any of the artists on our site.

Booking Entertainment does not claim or represent itself as the exclusive booking agency, business manager, publicist, speakers bureau or management for Kim Cattrall or any artists or celebrities on this website.