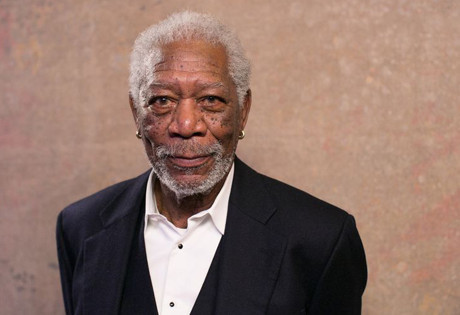 Start by filling out our no-obligation entertainment request form to check pricing and availability for Morgan Freeman or whoever else you may want.

Our Morgan Freeman agent will be happy to help you get Morgan Freeman's availability and booking fee, or the price and availability for any other A-List entertainer, band, comedian or celebrity you may want for your corporate event, private party, wedding, birthday party or public show.

Celebrated American actor Morgan Freeman was born in 1937 in Memphis Tennessee. Young Morgan moved around frequently as a child, living in Mississippi, Indiana, and then finally settling in Chicago, Illinois, where he spent most of his formative years. As an elementary school student, Freeman’s interest in acting began to develop and he participated in a number of school plays. By the time he was a teenager, he was studying drama more serious, frequently competing in state-wide competitions.

It was no surprise that Morgan Freeman would eventually earn a scholarship offer to study drama at a major university, but it is a surprise that the actor chose instead to enroll in the United States Air Force. Freeman spent four years serving in the military before settling in Los Angeles, California, where he returned to his first love of acting. After working in a number of touring companies, Morgan Freeman moved to New York to appear in a number of Broadway plays, earning a Drama Desk Award for his role in The Mighty Gents and multiple Obie Awards, one of which was for his role in the play Driving Miss Daisy, which would eventually go on to become a film adaption in which he also starred.

After doing some television work on such programs as The Electric Company and the soap opera Another World, Morgan Freeman began to garner more significant roles in the 1980’s, most notably his role in the film adaptation of Driving Miss Daisy and the critically acclaimed film, Glory. But in the early 1990’s, he grew to become a far more recognizable figure in films, appearing in films such as: The Shawshank Redemption, Robin Hood: Prince of Thieves, Outbreak, Seven, Amistad, and Deep Impact. In the new millennium, Morgan Freeman went into appear in films such as: Bruce Almighty, Million Dollar Baby, War of the Worlds, Batman Begins, Gone Baby Gone, The Dark Knight, Invictus, Dolphin Tale, Oblivion, and Now You See Me. His voice has also become among the most recognizable among narrators; Morgan Freeman has lent his unique narration to documentaries such as Cosmic Voyage, Slavery and the Making of America, and most notably, March of the Penguins.

Morgan Freeman has so far in his career garnered an Academy Award for Best Supporting Actor (for Million Dollar Baby); A Golden Globe for Best Actor (for Driving Miss Daisy); and multiple NAACP Image Awards, for Outstanding Actor in a Motion Picture. Freeman’s list of additional nominations totals nearly forty so far, and he is scheduled to appear in no fewer than six films in 2014, with another three already announced for 2015.

For more information on booking Morgan Freeman, please contact Booking Entertainment. One of our top booking agents will be happy to work on your behalf to get you the best possible price to book any big name entertainer for your upcoming public, private or corporate event worldwide.

Booking Entertainment works to get the best possible Morgan Freeman booking fee and Morgan Freeman price for our clients while also providing the celebrity or famous entertainer with the level of professionalism and industry norms that they expect from an event run by a professional booking agency and production management.

Booking Entertainment uses our agency / management relationships and over 25 years of production experience to help buyers of headline / top name entertainers and does not claim or represent itself as the exclusive Morgan Freeman agent, manager or management company for any of the artists on our site.

Booking Entertainment does not claim or represent itself as the exclusive booking agency, business manager, publicist, speakers bureau or management for Morgan Freeman or any artists or celebrities on this website.