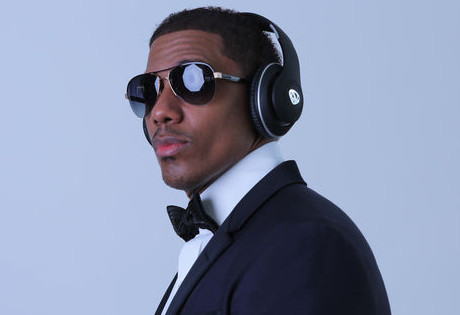 Start by filling out our no-obligation entertainment request form to check pricing and availability for Nick Cannon or whoever else you may want.

Our Nick Cannon agent will be happy to help you get Nick Cannon's availability and booking fee, or the price and availability for any other A-List entertainer, band, comedian or celebrity you may want for your corporate event, private party, wedding, birthday party or public show.

The American rapper and actor Nick Cannon was born in 1980 in San Diego, California. Cannon’s childhood upbringing was split between his mother’s home in San Diego and his father’s home in Charlotte, North Carolina, where he first began doing stand-up comedy, frequently on a local cable station at which his father frequently worked. After graduating from high school, Nick began working as a warm-up comedian for the television show All That, prepping the live studio audience for the taping of the Nickelodeon series.

In 2001, Nick Cannon signed with Jive Records as a singer, releasing a self-titled debut two years later. The album rose into the top twenty on the R&B charts and spawned the R&B singles: “Feelin’ Freaky” (featuring B2K); “Gigolo” (featuring R. Kelly); and “Shorty – Put It on the Floor” (featuring Fat Joe and Busta Rhymes.) In 2005, Cannon released the single “Can I Live?,” which was intended to appear on his next studio album, but the rising success of his acting career interrupted his plans to record a full-length album at that time.

Nick Cannon recently resurfaced as a musician with the release of his single “Me Sexy” in 2013. Another single, “Looking for a Dream,” followed in 2014, and in the spring of that year the album White People Party Music was released.

For more information on booking Nick Cannon, please contact Booking Entertainment. One of our top booking agents will be happy to work on your behalf to get you the best possible price to book any big name entertainer for your upcoming public, private or corporate event worldwide.

Booking Entertainment works to get the best possible Nick Cannon booking fee and Nick Cannon price for our clients while also providing the celebrity or famous entertainer with the level of professionalism and industry norms that they expect from an event run by a professional booking agency and production management.

Booking Entertainment uses our agency / management relationships and over 25 years of production experience to help buyers of headline / top name entertainers and does not claim or represent itself as the exclusive Nick Cannon agent, manager or management company for any of the artists on our site.

Booking Entertainment does not claim or represent itself as the exclusive booking agency, business manager, publicist, speakers bureau or management for Nick Cannon or any artists or celebrities on this website.