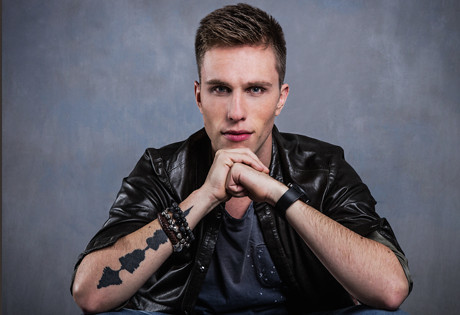 Start by filling out our no-obligation entertainment request form to check pricing and availability for Nicole Richie or whoever else you may want.

Our Nicole Richie agent will be happy to help you get Nicole Richie's availability and booking fee, or the price and availability for any other A-List entertainer, band, comedian or celebrity you may want for your corporate event, private party, wedding, birthday party or public show.

Nicole Richie was born in 1981 in Berkley, California. Nicole’s parents struggled to make ends meet when she was a little girl, but by the time she was three, they made a difficult decision which would forever alter the course of Nicole’s life – they arranged for her to live with family friend Lionel Richie and his wife; the famous couple adopted her when she was nine.

The Richie household was equally challenging, but for a different reason; unrest within the marriage caused an unstable emotional environment for Nicole, with very little parental control and guidance. Although those factors would haunt Richie for her early adult years, she completed school and embarked on a career in the entertainment industry.

Alongside close friend and infamous celebrity figure Paris Hilton, Nicole launched the reality series The Simple Life, in which she and Paris lived in a variety of impoverished, southern households, learning to adapt to a completely different economic environment. The series was a smash hit, one of Fox’s most successful at the time, and Richie became known for her comedic, although insightful and honest persona. The show was picked up by E! Entertainment Television for its last season, but the realities of life for both Richie and Hilton began to interfere with future success for the girls – DUI charges, public displays of inappropriate behavior, and short stints in jail ended the relationship and show for good.

Nicole Richie picked up and moved on, branching into other television gigs, including appearances on 8 Simple Rules for Dating My Teenage Daughter, American Dreams, and Six Feet Under. She also penned a novel, The Truth about Diamonds, which was released in 2005 and made its way onto the New York Times Best-Seller List. The novel was followed by Priceless, released in 2010, which has so far been equally successful.

Most recently, Nicole Richie has forayed into both music and fashion, establishing her own line of clothing and accessories, and making a number of small appearances on the music scene, including a live television performance in which she sang and played piano. Having survived her challenging young adult years, Nicole is successfully moving into the role of entrepreneur and authentic entertainer, with plans for many future endeavors.

For more information on booking Nicole Richie, please contact Booking Entertainment. One of our top booking agents will be happy to work on your behalf to get you the best possible price to book any big name entertainer for your upcoming public, private or corporate event worldwide.

Booking Entertainment works to get the best possible Nicole Richie booking fee and Nicole Richie price for our clients while also providing the celebrity or famous entertainer with the level of professionalism and industry norms that they expect from an event run by a professional booking agency and production management.

Booking Entertainment uses our agency / management relationships and over 25 years of production experience to help buyers of headline / top name entertainers and does not claim or represent itself as the exclusive Nicole Richie agent, manager or management company for any of the artists on our site.

Booking Entertainment does not claim or represent itself as the exclusive booking agency, business manager, publicist, speakers bureau or management for Nicole Richie or any artists or celebrities on this website.