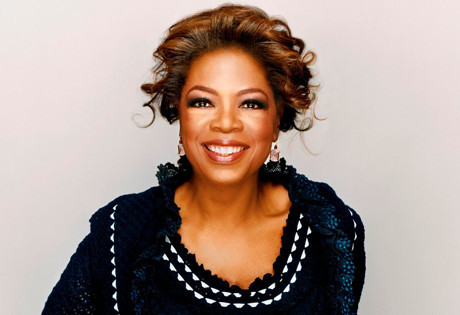 Start by filling out our no-obligation entertainment request form to check pricing and availability for Oprah Winfrey or whoever else you may want.

Our Oprah Winfrey agent will be happy to help you get Oprah Winfrey's availability and booking fee, or the price and availability for any other A-List entertainer, band, comedian or celebrity you may want for your corporate event, private party, wedding, birthday party or public show.

Long before Oprah Winfrey became one of the era’s most recognizable talk show hosts and media personalities, she was born in 1954 in Kosciusko, Mississippi, to a single teenage mother. Prior to the age of six, Winfrey was mostly raised by her grandmother, living in extreme poverty but in an environment where she was taught to read and memorize Bible verses.

Winfrey spent most of her formative years with her mother, living in Milwaukee. Her academic successes in school gave her the opportunity to attend a high school in a more affluent area, but the pressures to keep up with her critical classmates led to a bit of unrest in her teenage years; Oprah recalls that she sometimes stole money to buy better clothes and she began to date older boys much to the dismay of her mother. In frustration, her mother sent Oprah to live with her father in Nashville, where Oprah’s education became a priority and where she excelled academically.

Oprah began working in news at a local radio station when she was only seventeen years old, eventually leading to her first gig as the female news anchor fro Nashville’s WLAC-TV network. She then went to Baltimore to co-anchor the evening news, and by the early 1990’s, she’d relocated to Chicago to host a half-hour morning talk show, AM Chicago. It was here that her career took a turn; her presence on the show led to increased ratings and eventually the once low-rated program became one of the most successful in Chicago. Ultimately, the network offered her an opportunity to start her own television program, The Oprah Winfrey Show, which was so successful it went national.

The rest, as they say, is history. Oprah Winfrey went on to become the “Queen of All Media,” with a television program that made her the most successful “talk show” host in history and made Winfrey the most successful African-American of the century. Winfrey changed the talk show format, bringing a far more intimate and intellectual bent to what had previously been more “tabloid” talk show format, but she also established herself as one of the era’s greatest philanthropists and producers of a variety of media. “The Oprah Effect” became the catch phrase for her incredible power to take nearly any book, product, or personality and catapult it to stardom by featuring it on her show or mentioning it in her print publications.

Today, Oprah Winfrey is the president of her own production company, Harpo Productions, which oversees dozens of media projects, including OWN: Oprah Winfrey Network. She earned an Academy Award nomination for her portrayal of Sofia in Steven Spielberg’s The Color Purple (1985), and went on to produce and star in the adaptation of Toni Morrison’s novel Beloved in 1998. Winfrey has also co-authored multiple books and oversees the publication of O, The Oprah Magazine.

Oprah Winfrey is currently ranked as one of the richest “self-made” women in the world, with an estimated net worth of nearly three billion dollars. She also ranks among the nation’s most generous individuals; by 2012 it is estimated that she had given away nearly four hundred million dollars to various causes. Winfrey most recently appeared in the films The Butler (2013) and Selma (2014.) Her memoir, The Life You Want, is scheduled for release in 2017.

For more information on booking Oprah Winfrey, please contact Booking Entertainment. One of our top booking agents will be happy to work on your behalf to get you the best possible price to book any big name entertainer for your upcoming public, private or corporate event worldwide.

Booking Entertainment works to get the best possible Oprah Winfrey booking fee and Oprah Winfrey price for our clients while also providing the celebrity or famous entertainer with the level of professionalism and industry norms that they expect from an event run by a professional booking agency and production management.

Booking Entertainment uses our agency / management relationships and over 25 years of production experience to help buyers of headline / top name entertainers and does not claim or represent itself as the exclusive Oprah Winfrey agent, manager or management company for any of the artists on our site.

Booking Entertainment does not claim or represent itself as the exclusive booking agency, business manager, publicist, speakers bureau or management for Oprah Winfrey or any artists or celebrities on this website.