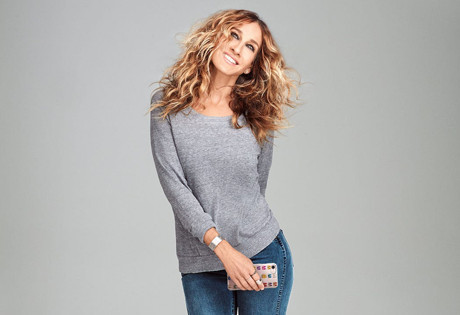 Start by filling out our no-obligation entertainment request form to check pricing and availability for Sarah Jessica Parker or whoever else you may want.

Sarah Jessica Parker was born in 1965 in Ohio. Parker grew up in a large family, with eight siblings in total, although after her parents’ divorce, young Sarah moved with her mother and stepfather to the New York City area, where they encouraged her interest in theater and assisted her in launching a career as a child actress.

Sarah Jessica’s formative years were spent attending some of New York’sm ost prestigious schools for the arts, including the School of American Ballet. Her first role was on the Broadway stage in The Innocents, and then later in the title role of Annie, which ran until 1981. But Parker’s big breakthrough actually came on the small screen, in one of the lead roles on Square Pegs, which only ran for one season but brought Sarah Jessica’s talents to the attention of others, leading to roles in Footloose (1984), Girls Just Wanna Have Fun (1984), and Flight of the Navigator (1986.)

A young adult now, Sarah Jessica began to earn more mature co-starring roles, including ones in L.A. Story (1991), Honeymoon in Vegas (1992), Striking Distance (1993), and Ed Wood (1994.)  But once again, Parker would find her next biggest opportunity on the small screen, when in 1998 she was cast in the lead role for the HBO drama Sex and the City, ultimately leading to an Emmy Award and a near decade-long run. Of course the show also led to Parker’s roles in the feature films based on the series, and since that time Sarah Jessica’s focus has returned to the stage and film. In recent years, Sarah Jessica Parker has appeared in the filmes Did You Hear About the Morgans? (2009), New Year’s Eve (2011), and Lovelace (2013.) She also recently appeared in a few episodes of the hit television series Glee, and has produced a number of other films, including both Sex and the City films and Work of Art: The Next Great Artist (2010.)

In addition to her work in film, Sarah Jessica Parker has signed a number of advertising deals with major companies, including Garnier and Gap, and she has launched her own line of perfumes.

For more information on booking Sarah Jessica Parker, please contact Booking Entertainment. One of our top booking agents will be happy to work on your behalf to get you the best possible price to book any big name entertainer for your upcoming public, private or corporate event worldwide.

Booking Entertainment uses our agency / management relationships and over 25 years of production experience to help buyers of headline / top name entertainers and does not claim or represent itself as the exclusive Sarah Jessica Parker agent, manager or management company for any of the artists on our site.

Booking Entertainment does not claim or represent itself as the exclusive booking agency, business manager, publicist, speakers bureau or management for Sarah Jessica Parker or any artists or celebrities on this website.