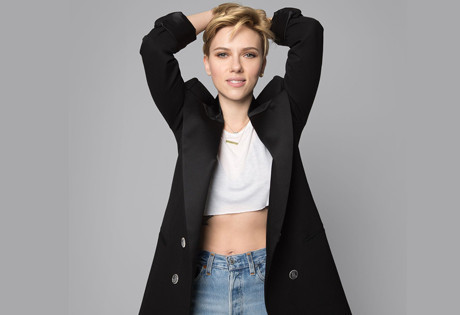 Start by filling out our no-obligation entertainment request form to check pricing and availability for Scarlett Johansson or whoever else you may want.

Scarlett Johansson was born in 1984 in New York City, and began acting when she was very young. Her mother, a producer, was very supportive of her daughter’s interest in stage and film, and so young Scarlett was encouraged to study the craft in her earliest years. As a result, her screen debut came very early, when at the age of nine she was cast in the film North, followed by roles in the films Just Cause (1995), If Lucy Fell (1996), and Mann& Lo (1996.)

In recent years, Scarlet Johansson has also appeared on Broadway, in roles in A View from the Bridge (2010) and Cat on a Hot Tin Roof (2012.) In addition, Johansson has appeared in campaigns for designers Louis Vuitton, L’Oreal, Dolce & Gabbana, and Calvin Klein, and she is Global Ambassador for Oxfam. Her most recent projects including the films Captain America: The Winter Soldier, Chef, and Lucy, all set for release in 2014.

For more information on booking Scarlett Johansson , please contact Booking Entertainment. One of our top booking agents will be happy to work on your behalf to get you the best possible price to book any big name entertainer for your upcoming public, private or corporate event worldwide.

Booking Entertainment works to get the best possible Scarlett Johansson booking fee and Scarlett Johansson price for our clients while also providing the celebrity or famous entertainer with the level of professionalism and industry norms that they expect from an event run by a professional booking agency and production management.

Booking Entertainment uses our agency / management relationships and over 25 years of production experience to help buyers of headline / top name entertainers and does not claim or represent itself as the exclusive Scarlett Johansson agent, manager or management company for any of the artists on our site.

Booking Entertainment does not claim or represent itself as the exclusive booking agency, business manager, publicist, speakers bureau or management for Scarlett Johansson or any artists or celebrities on this website.