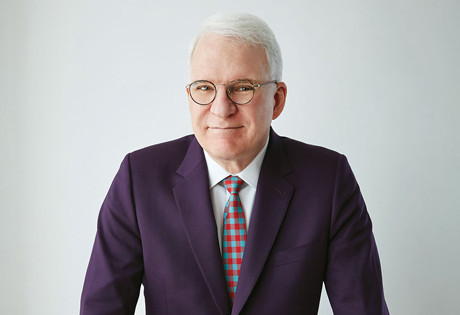 Start by filling out our no-obligation entertainment request form to check pricing and availability for Steve Martin or whoever else you may want.

Our Steve Martin agent will be happy to help you get Steve Martin's availability and booking fee, or the price and availability for any other A-List entertainer, band, comedian or celebrity you may want for your corporate event, private party, wedding, birthday party or public show.

The actor Steve Martin was born in 1945 in Waco, Texas, but spent most of his formative years growing up in California. Long before Steve Martin rose to fame as one of the era’s greatest comedic actors, he worked as a magician and entertainer at Disneyland in California while in high school, and in college, he began studying English literature and drama. He joined local comedy troupes and finally settled on theater as his major, but left UCLA before graduating in the late 1960’s.

Martin’s first gig in the industry was as a writer for the Smothers Brothers Comedy Hour, eventually earning him his first Emmy Award when he was only twenty-three. The achievement let to writing jobs for other shows, including The Sonny and Cher Comedy Hour, and he began performing stand-up, landing appearances on such shows as The Tonight Show Starting Johnny Carson, the Gong Show, and Saturday Night Live. It was through his SNL appearances that he became recognizable to a wider audiences, and so it was no surprise that when he released his first comedy albums in the early 1970’s, they quickly went platinum.

In addition to writing for film, Steve Martin was also a frequent contributor to the New Yorker throughout most of the 1990’s. He’s written a few plays, including the adaptations of the off-Broadway play The Underpants (2002), and Traitor (2003.) The novellas Shopgirl and The Pleasure of My company were also both written by Martin, and in 2007 he published Born Standing Up, his memoirs.

Most recently, Steve Martin has returned to an old love – his banjo. An accomplished player, he recently began performing frequently and has appeared with a number of bands, and made his stage debut on the Grand Ole Opry in 2009. His debut music album, The Crow: New Songs for the 5-String Bamjo, was released in 2009 and earned him a Grammy Award for Best Bluegrass Album. He has since performed at the New Orleans Jazzfest, Bonnaroo Music Festival, and on the Colbert Report. In 2010, Steve founded the Steve Martin Prize for Excellence in Banjo and Bluegrass, to further promote the art of banjo playing.

Most recently, Steve Martin released his collaboration with Edie Brickell, Love Has Come For You, and the duo launched a nationwide tour. Martin also has film projects on the horizon, and a few films which are completed and schedule for release in the coming years.

For more information on booking Steve Martin, please contact Booking Entertainment. One of our top booking agents will be happy to work on your behalf to get you the best possible price to book any big name entertainer for your upcoming public, private or corporate event worldwide.

Booking Entertainment works to get the best possible Steve Martin booking fee and Steve Martin price for our clients while also providing the celebrity or famous entertainer with the level of professionalism and industry norms that they expect from an event run by a professional booking agency and production management.

Booking Entertainment uses our agency / management relationships and over 25 years of production experience to help buyers of headline / top name entertainers and does not claim or represent itself as the exclusive Steve Martin agent, manager or management company for any of the artists on our site.

Booking Entertainment does not claim or represent itself as the exclusive booking agency, business manager, publicist, speakers bureau or management for Steve Martin or any artists or celebrities on this website.