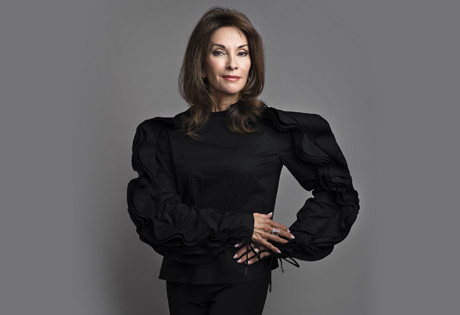 Start by filling out our no-obligation entertainment request form to check pricing and availability for Susan Lucci or whoever else you may want.

Our Susan Lucci agent will be happy to help you get Susan Lucci's availability and booking fee, or the price and availability for any other A-List entertainer, band, comedian or celebrity you may want for your corporate event, private party, wedding, birthday party or public show.

The actress Susan Lucci was born in 1946 in Scarsdale, New York, but grew up on Long Island, graduating from Garden City High School before attending Marymount College. Lucci finished her studies in 1968 with a B.A. in drama, and almost immediately began work in her signature role as Erica Kane on All My Children.

The role lasted for four decades and ultimately earned Lucci eighteen Emmy nominations for Best Lead Actress in a Drama, with one win in 1999. After a full forty-one years on air in the role, the show was finally cancelled by the ABC network in 2011. In addition to her role as Erica Kane, Susan Lucci has appeared in a number of movies, most of them made for television. Her roles include: Anastasia: The Mystery of Anna, Ebbie, and Anne Get your Gun, in addition to a recurring role on the sitcom Hot in Cleveland. She also competed on Dancing with the Stars in its seventh season.

Most recently, Susan Lucci published her autobiography in 2011 and launched her own line of cosmetics, the Susan Lucci Collection. Lucci’s latest role is that of Genevieve Delacourt in Devious Maids, the Lifetime Comedy-Drama which launched in 2013.

For more information on booking Susan Lucci, please contact Booking Entertainment. One of our top booking agents will be happy to work on your behalf to get you the best possible price to book any big name entertainer for your upcoming public, private or corporate event worldwide.

Booking Entertainment works to get the best possible Susan Lucci booking fee and Susan Lucci price for our clients while also providing the celebrity or famous entertainer with the level of professionalism and industry norms that they expect from an event run by a professional booking agency and production management.

Booking Entertainment uses our agency / management relationships and over 25 years of production experience to help buyers of headline / top name entertainers and does not claim or represent itself as the exclusive Susan Lucci agent, manager or management company for any of the artists on our site.

Booking Entertainment does not claim or represent itself as the exclusive booking agency, business manager, publicist, speakers bureau or management for Susan Lucci or any artists or celebrities on this website.