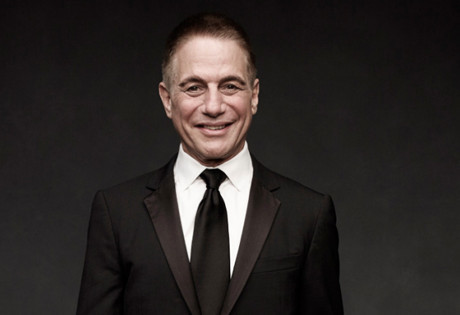 Start by filling out our no-obligation entertainment request form to check pricing and availability for Tony Danza or whoever else you may want.

Our Tony Danza agent will be happy to help you get Tony Danza's availability and booking fee, or the price and availability for any other A-List entertainer, band, comedian or celebrity you may want for your corporate event, private party, wedding, birthday party or public show.

Affable actor Tony Danza was born Antonio Salvatore Iadanza on April 21, 1951 in Brooklyn, New York. Born into a Sicilian-American family, Tony was raised Roman Catholic, and lived in Brooklyn until his family moved to Malverne, New York, where Tony graduated from Malverne High School. After being awarded a wrestling scholarship from the University of Dubuque in Iowa, Tony moved to Iowa to study there, where he obtained his degree with a major in History.

At age 20, Tony married his college sweetheart Tracey Robinson. One year later, the couple welcomed the birth of their son, Marc Anthony Iadanza. After a few years of marriage, the couple divorced, and Tony re-married Tracey in the late 1980s. The couple then had two daughters, Katie and Emily.

Throughout the early-mid 70s, Tony worked successfully as a professional boxer, but hung up his gloves when he was discovered by a producer at a boxing gymnasium in New York. Soon after, he landed a role on the popular sitcom Taxi (1978-1983), also starring Danny DeVito, Marilu Henner, and Andy Kaufman.

In 1984, Tony landed the role for which he is best-known, playing housekeeper Tony Micelli on the 80's family sitcom Who's the Boss?. The show added a twist to the nuclear family represented on television, featuring a top ad executive mother, played by Judith Light, living in the same home with her housekeeper and his daughter, who acted as a father-figure to the household.

After Who's the Boss? ended in 1992, Tony starred in the short-lived sitcoms Hudson Street (1995) as well as The Tony Danza Show (1997), for which he served as executive producer. In 1998, Tony was recognized with an Emmy Award for his guest-starring role in the popular David E. Kelley law firm drama, The Practice. He took another departure from light-hearted sitcoms in 2000 to star in the drama Family Law.

On the big screen, Tony made his film debut in the comedy The Hollywood Knights (1980), followed by Going Ape! (1981). He has also starred in She's Out of Control (1988), playing the overprotective father of a knock-out teenage daughter. In 1994 Danza landed the supporting role of a dying baseball player in the 1994 remake of Angels in the Outfield.

On stage, Tony received critical acclaim for his performance in the 1999 Broadway revival of the Eugene O'Neill play, The Iceman Cometh. He has also starred in the Broadway revival of Arthur Miller's Tony Award-winning A View From the Bridge, as well as Wrong Turn, for which he received an Outer Critics Circle Award nomination.

In 2004, Danza debuted his own nationally syndicated talk show, The Tony Danza Show. The show featured Tony's congenial and sometimes daredevil personality in action. On May 9, 2005, Tony participated in a go-kart race with a guest on the show, NASCAR star Rusty Wallace. Tony's kart flipped after accidentally bumping into Rusty's, and neither were wearing a helmet at the time of the accident. However, Tony got back into the driver's seat later that year to challenge Indy Car driver Danica Patrick.

Tony, who is an Ordained Minister with the Universal Life Church, also performed a marriage on the show. Despite the show's cult following on the internet and circulated petition to keep it going, The Tony Danza Show wrapped taping in the spring of 2006.

For more information on booking Tony Danza, please contact Booking Entertainment. One of our top booking agents will be happy to work on your behalf to get you the best possible price to book any big name entertainer for your upcoming public, private or corporate event worldwide.

Booking Entertainment works to get the best possible Tony Danza booking fee and Tony Danza price for our clients while also providing the celebrity or famous entertainer with the level of professionalism and industry norms that they expect from an event run by a professional booking agency and production management.

Booking Entertainment uses our agency / management relationships and over 25 years of production experience to help buyers of headline / top name entertainers and does not claim or represent itself as the exclusive Tony Danza agent, manager or management company for any of the artists on our site.

Booking Entertainment does not claim or represent itself as the exclusive booking agency, business manager, publicist, speakers bureau or management for Tony Danza or any artists or celebrities on this website.