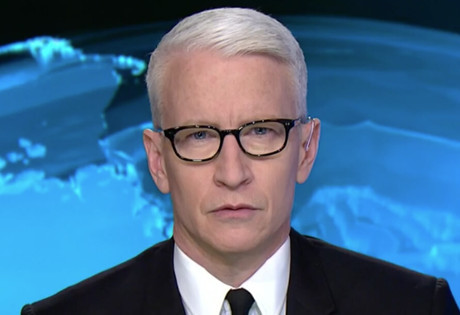 Start by filling out our no-obligation entertainment request form to check pricing and availability for Anderson Cooper or whoever else you may want.

Our Anderson Cooper agent will be happy to help you get Anderson Cooper's availability and booking fee, or the price and availability for any other A-List entertainer, band, comedian or celebrity you may want for your corporate event, private party, wedding, birthday party or public show.

American newscaster and television personality Anderson Cooper was born in 1967 in New York City. As the son of heiress and fashion designer Gloria Vanderbilt and Wyatt Emory Cooper, Anderson’s experiences as a Vanderbilt descendent brought him into the spotlight from a very young age. His earliest appearances in public were often through his mother’s appearances, in various print and media magazines and on television shows such as The Tonight Show. By the time he was a teenager, Cooper had entered the world the world of modeling, working for such labels as Calvin Klein.

Anderson’s youth was marked by tragedy – he first lost his father at a young age to a heart attack, and then lost his older brother to suicide at the age of twenty-three. Loss became a theme for Cooper’s life early on, but it also shaped his perception of the human experience, and likely drove him to a field like journalism in which he could help to document and explore the experiences of others.

After graduating from New York City’s Dalton School, Anderson embarked on a trip to Africa for a sort of “gap year,” before attending Yale University. He graduated with a B.A. in Political Science in 1989, and worked during his studies as an intern at the Central Intelligence Agency. In the 1990’s, he moved to Vietnam for a year to begin his work as a journalist, before returning to the United States to briefly work as a fact-checker for the news agency Channel One. A return to travel throughout Vietnam, Somalia, Bosnia, Rwanda, and Myanmar led to Cooper’s crafting of his own home-made news segments, which he then ultimately began to sell to news channels.

With his own broadcasts as a sort of industry breakthrough into journalism, and it wasn’t long before he was offered a job as a correspondent for ABC News. By 1999, he was co-anchor for World News Now, and then in 2001 he joined CNN. Within two years, he was given his own program, Anderson Cooper 360, for which he still serves as anchor.

Today, Anderson Cooper is among the world’s most well-recognized television personalities and journalists, and the New York Times also credits him as being the “most prominent openly gay journalist on American television.” Cooper’s achievements in journalism have been recognized with five Emmy Awards, a Peabody Award, and two GLAAD Media Awards.

For more information on booking Anderson Cooper, please contact Booking Entertainment. One of our top booking agents will be happy to work on your behalf to get you the best possible price to book any big name entertainer for your upcoming public, private or corporate event worldwide.

Booking Entertainment works to get the best possible Anderson Cooper booking fee and Anderson Cooper price for our clients while also providing the celebrity or famous entertainer with the level of professionalism and industry norms that they expect from an event run by a professional booking agency and production management.

Booking Entertainment uses our agency / management relationships and over 25 years of production experience to help buyers of headline / top name entertainers and does not claim or represent itself as the exclusive Anderson Cooper agent, manager or management company for any of the artists on our site.

Booking Entertainment does not claim or represent itself as the exclusive booking agency, business manager, publicist, speakers bureau or management for Anderson Cooper or any artists or celebrities on this website.