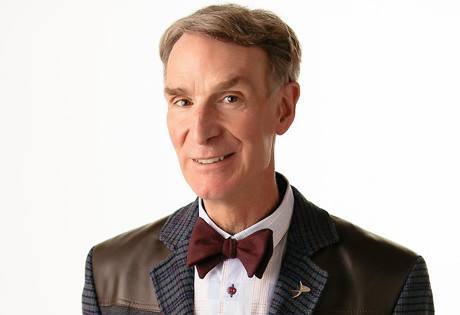 Start by filling out our no-obligation entertainment request form to check pricing and availability for Bill Nye or whoever else you may want.

Our Bill Nye agent will be happy to help you get Bill Nye's availability and booking fee, or the price and availability for any other A-List entertainer, band, comedian or celebrity you may want for your corporate event, private party, wedding, birthday party or public show.

The American science educator, television personality, and engineer Bill Nye (the Science Guy) was born in 1955 in Washington, D.C. Bill excelled in academics as a child, and as a teenager he was offered a scholarship to attend Sidwell Friends School; after graduating, he received his B.S. in Mechanical Engineering from Cornell University in 1977. Nye’s earliest jobs after graduation included working for Boeing, but by the 1980’s his career had taken an unusual turn.

After appearing on the sketch comedy show Almost Live! as the show’s “Science Guy,” it was clear that Bill’s knack for comedy and edutainment was just as impressive as his talents in engineering. By the early 1990’s, Nye was appearing as “assistant to Dr. Emmett Brown” on the Back to the Future: The Animated Series, which led to his own television series, Bill Nye the Science Guy, which ran for 100 episodes from 1993 to 1998.

Since that time, Bill Nye has become an entertainment personality and a voice for a variety of scientific movements and causes. He has hosted dozens of educational series, including: 100 Greatest Discoveries (for the Science Channel); Greatest Inventions with Bill Nye (for the Discovery Channel); and The Eyes of Nye (for PBS), to name a few. In recent years, Nye has appeared on multiple talk shows, including Larry King Live and Real Time with Bill Maher, speaking out on issues such as global warming, genetically modified foods, evolution (vs. creationism), and energy conservation.

Today, Bill Nye serves as the CEO for the Planetary Society, and his likeness and voice is featured at two science-oriented attractions at the Disney theme parks. Most recently, Netflix announced a new upcoming series, Bill Nye Saves the World, which is scheduled to premiere in 2017.

For more information on booking Bill Nye, please contact Booking Entertainment. One of our top booking agents will be happy to work on your behalf to get you the best possible price to book any big name entertainer for your upcoming public, private or corporate event worldwide.

Booking Entertainment works to get the best possible Bill Nye booking fee and Bill Nye price for our clients while also providing the celebrity or famous entertainer with the level of professionalism and industry norms that they expect from an event run by a professional booking agency and production management.

Booking Entertainment uses our agency / management relationships and over 25 years of production experience to help buyers of headline / top name entertainers and does not claim or represent itself as the exclusive Bill Nye agent, manager or management company for any of the artists on our site.

Booking Entertainment does not claim or represent itself as the exclusive booking agency, business manager, publicist, speakers bureau or management for Bill Nye or any artists or celebrities on this website.