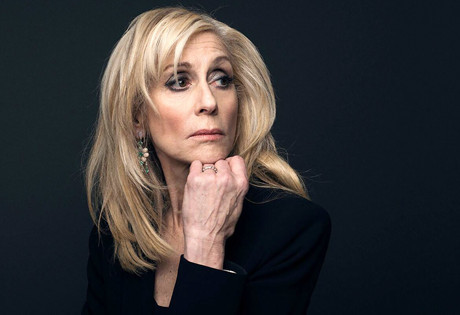 Start by filling out our no-obligation entertainment request form to check pricing and availability for Judith Light or whoever else you may want.

Our Judith Light agent will be happy to help you get Judith Light's availability and booking fee, or the price and availability for any other A-List entertainer, band, comedian or celebrity you may want for your corporate event, private party, wedding, birthday party or public show.

The American actress Judith Light was born in 1949 in Trenton, New Jersey. Judith always knew she wanted to be an actress; after graduating from high school she entered Carnegie Mellon University as a drama major and following completion of her program she made her stage debut at the California Shakespeare Festival in 1970. Her Broadway debut came five years later in A Doll’s House.

Judith’s first foray into television came in 1977 when she was cast in the role of Karen Wolek on the soap opera One Life to Live. Judith’s depiction of Karen brought the show rising ratings and brought her critical acclaim, ultimately earning her a Daytime Emmy Award for her performances. Another Emmy, for a guest starring role in an episode of St. Elsewhere in 1981. But her big breakthrough came when Judith landed the role of Angela Bower on the ABC sitcom Who’s the Boss? in 1984. The show was a smash hit, lasting for eight seasons and becoming one of the most iconic shows of the 1980’s.

Since Who’s the Boss?, Judith Light has appeared in a number of recurring roles on television, including Law & Order: Special Victims Unit (in the role of Elizabeth Donnelly, from 2002 - 2010) and Ugly Betty (in the role of Claire Meade, from 2006-2010.) For the latter, Light earned another Emmy Award, a Primetime Emmy Award, in 2007. In 2011, Light returned to the stage in the Broadway play Lombardi, earning her first Tony nomination in 2011, and two years later she won two Tony Awards for her performances in the Assembled Parties and Other Desert Cities.

Today, Judith Light can be seen in the role of Shelly Pfefferman in the critically acclaimed Amazon Studios series Transparent. The role has so far earned her another Primetime Emmy and her first Golden Globe Award.

For more information on booking Judith Light, please contact Booking Entertainment. One of our top booking agents will be happy to work on your behalf to get you the best possible price to book any big name entertainer for your upcoming public, private or corporate event worldwide.

Booking Entertainment works to get the best possible Judith Light booking fee and Judith Light price for our clients while also providing the celebrity or famous entertainer with the level of professionalism and industry norms that they expect from an event run by a professional booking agency and production management.

Booking Entertainment uses our agency / management relationships and over 25 years of production experience to help buyers of headline / top name entertainers and does not claim or represent itself as the exclusive Judith Light agent, manager or management company for any of the artists on our site.

Booking Entertainment does not claim or represent itself as the exclusive booking agency, business manager, publicist, speakers bureau or management for Judith Light or any artists or celebrities on this website.