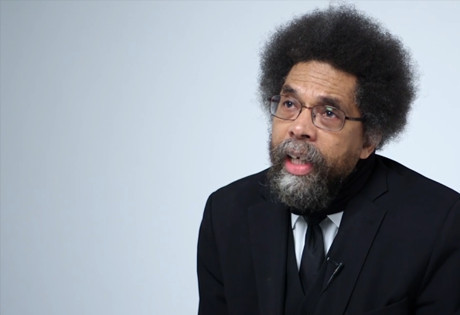 Start by filling out our no-obligation entertainment request form to check pricing and availability for Cornel West or whoever else you may want.

Our Cornel West agent will be happy to help you get Cornel West's availability and booking fee, or the price and availability for any other A-List entertainer, band, comedian or celebrity you may want for your corporate event, private party, wedding, birthday party or public show.

The American philosopher and activist Cornel West was born in 1953 in Tulsa, Oklaholma. Young Cornel spent his formative years growing up in Sacramaento, California, where he began marching in civil rights demonstrations and organizing protests while still in high school. Inspired by the writings of Malcolm X and the ideology of the Black Panther Party, West fought for such things as black studies courses in his high school, and equal rights for black students.

Today, Cornel West is a frequent media commentator, speaking out mainly on social and political issues. West is often seen on such programs as Real Time with Bill Maher, Fox News, CNN, the Colbert Report, and various late night talk shows. Most of his efforts are geared towards an exploration and exposition or class, gender, and racial divides in current American society. His blended intellectual influences, which draw from various philosophies – including transcendentalism, Marxism, and Christianity – provide insight into some of the most common struggles in society today.

The recipient of numerous awards and more than twenty honorary degrees, Cornel West has authored multiple best-selling books, including Race Matters (1994) and Democracy Matters (2004.) He has also recorded a number of hip hop and spoken word albums, such as Sketches of My Culture (2001) and Street Knowledge (2004.) His most recent book, Black Prophetic Fire, arrived in 2014.

For more information on booking Cornel West, please contact Booking Entertainment. One of our top booking agents will be happy to work on your behalf to get you the best possible price to book any big name entertainer for your upcoming public, private or corporate event worldwide.

Booking Entertainment works to get the best possible Cornel West booking fee and Cornel West price for our clients while also providing the celebrity or famous entertainer with the level of professionalism and industry norms that they expect from an event run by a professional booking agency and production management.

Booking Entertainment uses our agency / management relationships and over 25 years of production experience to help buyers of headline / top name entertainers and does not claim or represent itself as the exclusive Cornel West agent, manager or management company for any of the artists on our site.

Booking Entertainment does not claim or represent itself as the exclusive booking agency, business manager, publicist, speakers bureau or management for Cornel West or any artists or celebrities on this website.