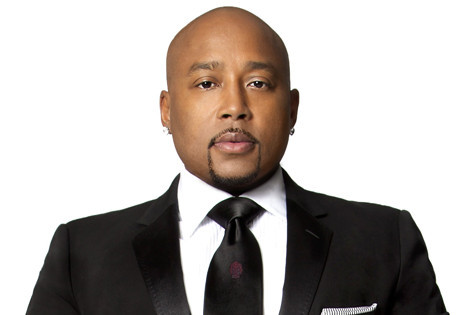 Start by filling out our no-obligation entertainment request form to check pricing and availability for Daymond John or whoever else you may want.

Our Daymond John agent will be happy to help you get Daymond John's availability and booking fee, or the price and availability for any other A-List entertainer, band, comedian or celebrity you may want for your corporate event, private party, wedding, birthday party or public show.

American investor, businessman, and television personality Daymond John was born in 1969 in Queens, New York. But long before Daymond rose to prominence as one of the “sharks” on the hit ABC series Shark Tank, he grew up an only child raised largely by his mom and grandfather. John credits a unique high school program, in which he was allowed to work a full-time job and attend school on a modified schedule, as the inspiration for his confidence as an entrepreneur.

In the late 1980’s, Daymond noticed some unique fashion trends coming up in society, but felt that the products created were too expensive. Using his mother’s sewing machine, he began to recreate the products at a lower cost at home and sell them at various venues; after making nearly $1,000 in one afternoon at the New York Coliseum, he decided to start his own business. Risking a second mortgage on the family home, John’s mother supported his efforts and provided him with the capital to start his first business. Daymond credits her as his “first investor.”

The clothing line became FUBU, and the rest, as they say, is history. Although Daymond initially had to wait tables to fund his burgeoning business, it wasn’t long before the business took off and John became the breadwinner in his family, receiving orders for nearly half a million dollars and invitations to participate in fashion trade shows around the country.

Today, Daymond John is one of the era’s most recognizable entrepreneurs and among the most successful in his age group. In 2009, Daymond joined the cast of the ABC series Shark Tank, and since that time he has invested approximately eight million dollars in various small businesses, helping other entrepreneurs launch their own businesses. Aside from his investments on the show, Daymond has also worked with celebrity clients, such as Pitbull, to help them launch their own brands or create revenue streams.

For his achievements, Daymond John has been recognized with two NAACP Entrepreneurs of the Year Award, an Essence Award, Crain’s New York Business Forty Under Forty Award, and two Congressional Achievement Awards for Entrepreneurship. Today, his clothing brand is worn by celebrities such as Will Smith, Magic Johnson, and LL Cool J and is worth an estimated six billion dollars.

For more information on booking Daymond John, please contact Booking Entertainment. One of our top booking agents will be happy to work on your behalf to get you the best possible price to book any big name entertainer for your upcoming public, private or corporate event worldwide.

Booking Entertainment works to get the best possible Daymond John booking fee and Daymond John price for our clients while also providing the celebrity or famous entertainer with the level of professionalism and industry norms that they expect from an event run by a professional booking agency and production management.

Booking Entertainment uses our agency / management relationships and over 25 years of production experience to help buyers of headline / top name entertainers and does not claim or represent itself as the exclusive Daymond John agent, manager or management company for any of the artists on our site.

Booking Entertainment does not claim or represent itself as the exclusive booking agency, business manager, publicist, speakers bureau or management for Daymond John or any artists or celebrities on this website.