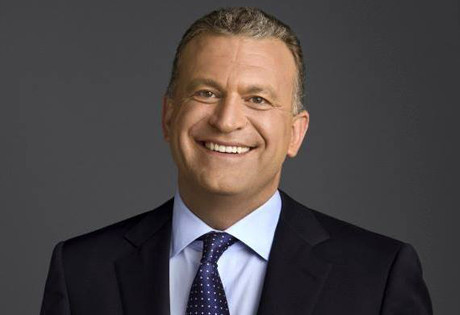 Start by filling out our no-obligation entertainment request form to check pricing and availability for Dylan Ratigan or whoever else you may want.

Our Dylan Ratigan agent will be happy to help you get Dylan Ratigan's availability and booking fee, or the price and availability for any other A-List entertainer, band, comedian or celebrity you may want for your corporate event, private party, wedding, birthday party or public show.

American entrepreneur, author, and television personality Dylan Ratigan was born in 1972 in Saranac Lake, New York. After graduating from high school, Ratigan began his studies at Union College, where he was an active member of the school’s crew team. He graduated with a degree in Political Economy and began work as an editor for Bloomberg News, specializing in corporate finance, which included various reports on the stock market, corporate mergers and acquisitions, and IPOs.

Over the last two decades, Dylan Ratigan has grown to become one of the era’s most recognizable authorities on economics and political economics. Today, he is the best-selling author of the book Greedy Bastards (2012) and up until recently was the producer and host of The Dylan Ratigan Show for the MSNBC network. Over the years, Ratigan has contributed articles to the Chicago Tribune, The Miami Herald, The Washington Post, The Huffington Post, and The New York Times. On television, Ratigan has appeared as the host of Fast Money, Morning Meeting, and the CNBC shows On the Money, Bullseye, Closing Bell, and The Call. He has also appeared as a financial expert on numerous talk shows, including The Oprah Winfrey Show, The Colbert Report, and Late Night with Conan O’Brien. For his coverage of the Enron scandal in 2004, Ratigan was awarded the Gerald Loeb Award.

The Dylan Ratigan Show finished its run in 2012. Since leaving MSNBC, Dylan Ratigan has shifted his focus to hydroponic farming, and he recently founded Helical Holdings, with a focus on solar power, hydroponic produce, and clean water. Ratigan recently appeared on the Daily Show to discuss his new endeavors and promote more energy-efficient alternatives for today’s world.

For more information on booking Dylan Ratigan, please contact Booking Entertainment. One of our top booking agents will be happy to work on your behalf to get you the best possible price to book any big name entertainer for your upcoming public, private or corporate event worldwide.

Booking Entertainment works to get the best possible Dylan Ratigan booking fee and Dylan Ratigan price for our clients while also providing the celebrity or famous entertainer with the level of professionalism and industry norms that they expect from an event run by a professional booking agency and production management.

Booking Entertainment uses our agency / management relationships and over 25 years of production experience to help buyers of headline / top name entertainers and does not claim or represent itself as the exclusive Dylan Ratigan agent, manager or management company for any of the artists on our site.

Booking Entertainment does not claim or represent itself as the exclusive booking agency, business manager, publicist, speakers bureau or management for Dylan Ratigan or any artists or celebrities on this website.