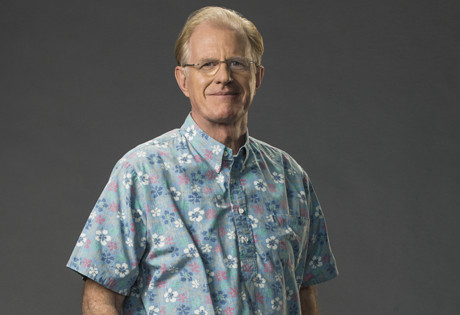 Start by filling out our no-obligation entertainment request form to check pricing and availability for Ed Begley Jr or whoever else you may want.

Our Ed Begley Jr agent will be happy to help you get Ed Begley Jr's availability and booking fee, or the price and availability for any other A-List entertainer, band, comedian or celebrity you may want for your corporate event, private party, wedding, birthday party or public show.

Actor and environmentalist Ed Begley Jr. was born in 1949 in Los Angeles, California. Begley’s parents were both actors, and so it was no surprise that Ed would grow up to follow in their footsteps. Ed spent his childhood years in Buffalo, New York, until his family moved back to California, settling in Sherman Oaks. It was there that Ed graduated from high school and began his college studies at Los Angeles Valley College.

Ed Begley’s earliest roles were mostly on television, appearing as a guest actor on highly rated shows such as Maude. Today, Ed Begley’s career reflects hundreds of roles in film, theater, and television, although he is best known for his role on the television series St. Elsewhere, as Dr. Victor Ehrlich. Begley’s work on the show led to a Golden Globe Award nomination and six Emmy Award nominations. Ed’s work in film includes roles in: An Officer and a Gentleman (1982), This is Spinal Tap (1984), The Accidental Tourist (1988), Auto Focus (2002), Pineapple Express (2008), and the mockumentaries of Christopher Guest (including Best in Show, A Mighty Wind, and For Your Consideration.)

Today Ed Begley is recognized not only for his work as an actor, but also as a staunch environmentalist. Since the 1970’s, Begley has sought the optimal balance of green living, driving electric cars, recycling as often as possible, and adopting a vegan diet. His home is a mere 1600 square feet and is completely solar and wind powered. Begley and his good friend, Bill Nye, are currently embroiled in a highly public competition to see who can achieve the lowest carbon footprint in any given year. To further help promote green living, Begley has authored the books Living Like Ed: A Guide to the Eco-Friendly Life (2008); Ed Begley Jr.’s Guide to Sustainable Living: Learning to Conserve Resources and Manage an Eco-Conscious Life (2009); and A Vegan Survival Guide for the Holidays (2014.)

Ed Begley continues to act; his most recent film appearance was in the Ghostbuster re-boot, which released in 2016. Ed and his wife were also featured in the HGTV and Planet Green series, Living with Ed, which explored their commitment to green living.

For more information on booking Ed Begley Jr, please contact Booking Entertainment. One of our top booking agents will be happy to work on your behalf to get you the best possible price to book any big name entertainer for your upcoming public, private or corporate event worldwide.

Booking Entertainment works to get the best possible Ed Begley Jr booking fee and Ed Begley Jr price for our clients while also providing the celebrity or famous entertainer with the level of professionalism and industry norms that they expect from an event run by a professional booking agency and production management.

Booking Entertainment uses our agency / management relationships and over 25 years of production experience to help buyers of headline / top name entertainers and does not claim or represent itself as the exclusive Ed Begley Jr agent, manager or management company for any of the artists on our site.

Booking Entertainment does not claim or represent itself as the exclusive booking agency, business manager, publicist, speakers bureau or management for Ed Begley Jr or any artists or celebrities on this website.