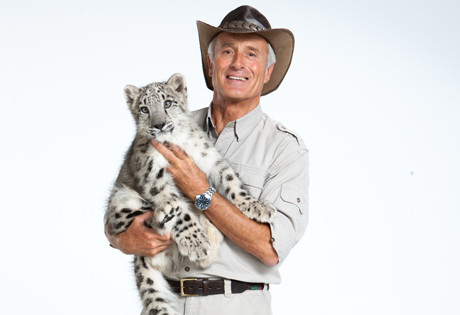 Start by filling out our no-obligation entertainment request form to check pricing and availability for Jack Hanna or whoever else you may want.

Our Jack Hanna agent will be happy to help you get Jack Hanna's availability and booking fee, or the price and availability for any other A-List entertainer, band, comedian or celebrity you may want for your corporate event, private party, wedding, birthday party or public show.

American media personality and animal expert Jack Hanna was born in 1947 in Knoxville, Tennessee. Jack grew up surrounded by the animals on his father’s farm, and so it wasn’t a surprise that he became an animal lover and advocate for animal welfare. At the age of eleven, Hanna began volunteering for a local veterinarian, and he credits those early experiences as having informed his understanding of animals.

After graduating from Muskingum College in Ohio, Hanna moved to Florida in 1973, where he began working for the Central Florida Zoo. After discovering that his young daughter was suffering from leukemia, he accepted a position at the Columbus Zoo, largely because the local hospital had one of the nation’s best treatment programs for the disease. While working at the zoo, Jack Hanna developed a television program for the local CBS affiliate; “Hanna’s Ark” became enormously popular and led to national attention for Hanna and the Columbus Zoo.

For more information on booking Jack Hanna, please contact Booking Entertainment. One of our top booking agents will be happy to work on your behalf to get you the best possible price to book any big name entertainer for your upcoming public, private or corporate event worldwide.

Booking Entertainment works to get the best possible Jack Hanna booking fee and Jack Hanna price for our clients while also providing the celebrity or famous entertainer with the level of professionalism and industry norms that they expect from an event run by a professional booking agency and production management.

Booking Entertainment uses our agency / management relationships and over 25 years of production experience to help buyers of headline / top name entertainers and does not claim or represent itself as the exclusive Jack Hanna agent, manager or management company for any of the artists on our site.

Booking Entertainment does not claim or represent itself as the exclusive booking agency, business manager, publicist, speakers bureau or management for Jack Hanna or any artists or celebrities on this website.