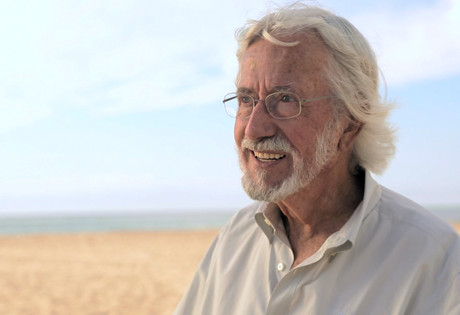 Start by filling out our no-obligation entertainment request form to check pricing and availability for Jean-Michel Cousteau or whoever else you may want.

Since first being ?thrown overboard? by his father at the age of seven with newly invented SCUBA gear on his back, Jean-Michel has been exploring the ocean realm. The son of ocean explorer Jacques Cousteau, Jean-Michel has investigated the world?s oceans aboard Calypso and Alcyone for much of his life. Honoring his heritage, Jean-Michel founded Ocean Futures Society in 1999 to carry on this pioneering work. Ocean Futures Society, a non-profit marine conservation and education organization, serves as a ?Voice for the Ocean? by communicating in all media the critical bond between people and the sea and the importance of wise environmental policy. As Ocean Future?s spokesman, Jean-Michel serves as an impassioned diplomat for the environment, reaching out to the public through a variety of media.

He has produced over 80 films, received the Emmy, the Peabody Award, the 7 d?Or, and the Cable Ace Award. In 1989, he became a syndicated columnist for the Los Angeles Times where his articles appeared in over sixty newspapers worldwide. Reaching millions of people globally through Ocean Futures Society, Jean-Michel continues to produce environmentally oriented adventure programs and television specials, public service announcements, multi-media programs for schools, web-based marine content, books, articles for magazines, newspaper columns, and public lectures. In 2006, Jean-Michel?s initiative to protect the Northwest Hawaiian Islands took him to The White House where he screened his PBS-KQED documentary, Voyage to Kure, for President George W. Bush. The President was inspired and in June 2006, he declared the 1,200-mile chain of islands a Marine National Monument?at the time; the largest marine protected areas in the world.

As Chairman of the Board and President of Ocean Futures Society, Jean-Michel travels the world, meeting with leaders and policymakers at the grassroots level and at the highest echelons of government and business. He is dedicated to educating young people, documenting stories of change and hope, and lending his reputation and support to energize alliances for positive change. Jean-Michel Cousteau has both created and been recognized for many ?firsts? in a variety of endeavors. In February 2002, he became the first person to represent the Environment in the Opening Ceremony of the Olympic Games in Salt Lake City, joining luminaries including Archbishop Desmond Tutu (Africa), John Glenn (The Americas), Kazuyoshi Funaki ( Asia), Lech Walesa (Europe), Cathy Freeman (Oceania), Jean-Claude Killy (Sport), and Steven Spielberg (Culture). Jean-Michel was also appointed to the Board of Directors of the Athens Environmental Foundation for the Athens 2004 Olympic Games, mandated to design and support projects that will improve the environment in Greece and beyond.

In the first attempt ever to return a captive orca to the wild, in 1999 Jean-Michel merged three non-profit organizations to form Ocean Futures Society to continue research and care for Keiko, the captive killer whale of ?Free Willy? film fame. In working with Keiko, Jean-Michel and his team pioneered both husbandry techniques and scientific research on wild orcas. In 2002, Keiko was returned to the wild and entrusted to the Humane Society for continued long-term care and monitoring. In another ?first,? on Earth Day 1997 Jean-Michel led the first undersea live, interactive, video chat on Microsoft Internet, from the coral reefs of Fiji, celebrating the International Year of the Reef and answering questions from ?armchair divers? throughout the world. In 1998, Jean-Michel participated in a live downlink from the Space Shuttle Columbia to CNN to highlight the International Year of the Ocean, discussing NASA?s contribution to ocean awareness with astronaut and marine biologist, Rick Linnehan.

Jean-Michel has been honored with the Environmental Hero Award, presented to him by then-Vice President Gore at the White House National Oceans Conference in 1998. Jean-Michel also has a long history of innovative design in the field of architecture and the ocean. Acting on a childhood dream to build cities under the sea, he pursued a degree in architecture from the Paris School of Architecture and remains a member of the Ordre National des Architectes. Artificial floating islands, schools, and an advanced marine studies center in Marseilles, France, are among his projects. In 1969, he led the transformation of a 100,000 square foot section of the Queen Mary into the Living Sea Museum in Long Beach, California. He also directed the design and development of the Parc Oceanique Cousteau in Paris, an innovative public attraction to teach visitors about the ocean without displaying any captive animals.

More recently, Jean-Michel has been involved with the Jean-Michel Cousteau Fiji Islands Resort, an environmentally and culturally oriented family resort, conceived as a model to prove to the business community the economic benefits of environmental concern and design. In order to expand the impact of ecological tourism, he created L?Aventure Jean-Michel Cousteau, a flagship dive operation at the resort in Fiji. He is currently forming an action partnership to expand this ecologically responsible model to other sites.

In recognition of his many and diverse contributions to learning, Pepperdine University awarded Jean-Michel an Honorary Doctor?s Degree in Humane Letters in 1976. He has received DEMA?s 1994 Reaching Out Award and the 1995 NOGI Award from the Academy of Underwater Arts and Sciences. In 1996, Jean-Michel was awarded the SeaKeepers Award from Showboats International, and the John M. Olguin Marine Environment Award from the Cabrillo Marine Aquarium. In 2003, he was inducted into the International Scuba Diving Hall of Fame and became a Trustee of the British Virgin Islands National Parks as well as being the first recipient of the Ocean Hero Award from Oceana. He has also received the Poseidon/Lifetime Achievement Award from Reef Check and been elected to the Global Green Board of Directors. In 2008, he received the Lifetime Achievement Award from Jules Verne Adventures and the National Marine Sanctuaries Foundation Lifetime Achievement Award.

For more information on booking Jean-Michel Cousteau, please contact Booking Entertainment. One of our top booking agents will be happy to work on your behalf to get you the best possible price to book any big name entertainer for your upcoming public, private or corporate event worldwide.

Booking Entertainment uses our agency / management relationships and over 25 years of production experience to help buyers of headline / top name entertainers and does not claim or represent itself as the exclusive Jean-Michel Cousteau agent, manager or management company for any of the artists on our site.

Booking Entertainment does not claim or represent itself as the exclusive booking agency, business manager, publicist, speakers bureau or management for Jean-Michel Cousteau or any artists or celebrities on this website.