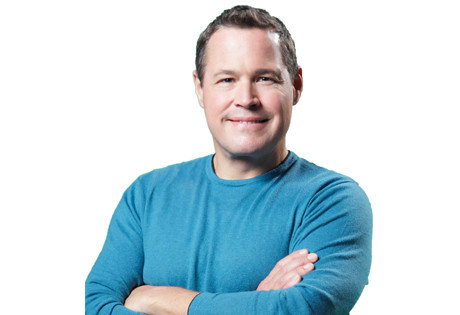 Start by filling out our no-obligation entertainment request form to check pricing and availability for Jeff Corwin or whoever else you may want.

Our Jeff Corwin agent will be happy to help you get Jeff Corwin's availability and booking fee, or the price and availability for any other A-List entertainer, band, comedian or celebrity you may want for your corporate event, private party, wedding, birthday party or public show.

Emmy winner Jeff Corwin has been working for the conservation of endangered species and ecosystems around the world since he was a teenager. Animal Planet audiences best know Jeff as host of THE JEFF CORWIN EXPERIENCE, one of the most popular shows on cable television. The series reaches over 13 million viewers in the United States and is viewed in more than 70 countries worldwide.

Since 2000, Jeff has partnered with Animal Planet and Discovery Communications as host and executive producer of THE JEFF CORWIN EXPERIENCE. He also serves as the executive producer of the new series CORWIN'S QUEST. His first book, Living on the Edge: Amazing Relationships in the Natural World from Rodale Publishing, is now in paperback.

When not in the field, Jeff lectures on wildlife, ecology and conservation to audiences across the United States. Jeff also established an interactive museum and environmental education center called the EcoZone. Based in Norwell, Mass., the town where Jeff spent his childhood, the goal of the EcoZone is to build awareness for the wildlife and ecology unique to the wetlands of southeastern Massachusetts.

Now an expert in rainforest animals, Jeff was first introduced to the tropical rain forests in 1984, while on an expedition to Belize. The experience fueled his interest in the study and conservation of these ecological marvels. In 1993, Jeff addressed the General Assembly of the United Nations regarding the need to conserve neotropical rain forests. By 1994, Jeff had served as expedition naturalist for THE JASON PROJECT, the acclaimed documentary series produced by National Geographic and EDS under the direction of Robert Ballard.

Jeff has bachelor of science degrees in biology and anthropology from Bridgewater State College, and a master of science degree in wildlife and fisheries conservation from the University of Massachusetts at Amherst. In 1999, Bridgewater State College honored Jeff with a doctorate in public education for his work in communicating about the need for a sustainable approach to using natural resources and the importance of conserving endangered species. Jeff firmly believes that through education and awareness, the natural resources, wildlife and ecosystems that make up our planet will be conserved for future generations.

Jeff's winning personality, combined with his camera-friendly good looks, led editors to choose him as one of People Magazine's "50 Most Beautiful People" and he was included on the highly regarded Entertainment Weekly "It List." In October 2003, Jeff made a guest appearance as himself on the popular television series CSI: Miami. Other television appearances include the Today Show, Good Morning America, CBS Morning Show, Tonight Show with Jay Leno, Access Hollywood, Extra and Oprah. In 2004, Jeff won an Emmy for best performer in a children's series.

When not traveling the world, Jeff can be found at his eclectic home off the coast of Massachusetts, which is decorated with unique and unusual artifacts from his globe-trotting. He lives with his wife Natasha and daughter Maya Rose.

For more information on booking Jeff Corwin, please contact Booking Entertainment. One of our top booking agents will be happy to work on your behalf to get you the best possible price to book any big name entertainer for your upcoming public, private or corporate event worldwide.

Booking Entertainment works to get the best possible Jeff Corwin booking fee and Jeff Corwin price for our clients while also providing the celebrity or famous entertainer with the level of professionalism and industry norms that they expect from an event run by a professional booking agency and production management.

Booking Entertainment uses our agency / management relationships and over 25 years of production experience to help buyers of headline / top name entertainers and does not claim or represent itself as the exclusive Jeff Corwin agent, manager or management company for any of the artists on our site.

Booking Entertainment does not claim or represent itself as the exclusive booking agency, business manager, publicist, speakers bureau or management for Jeff Corwin or any artists or celebrities on this website.