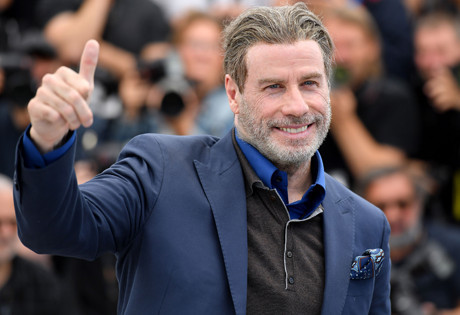 Start by filling out our no-obligation entertainment request form to check pricing and availability for John Travolta or whoever else you may want.

Our John Travolta agent will be happy to help you get John Travolta's availability and booking fee, or the price and availability for any other A-List entertainer, band, comedian or celebrity you may want for your corporate event, private party, wedding, birthday party or public show.

American actor John Travolta was born in 1954 in Englewood, New Jersey. Travolta grew up influenced by his mother, who was an actress and singer who became a high school drama teacher; it’s no surprise that John and his fie sibling have all acted at some point in their lives. Travolta dropped out of high school when he was in his junior year, moving into New York City to pursue a career as an actor. The gamble paid off, but not immediately.

After landing a handful of roles on stage, Travolta moved to California to try and further his career in film and on television. His first major role was in the horror film Carrie, in the role of Billy Nolan, one of the high school students who ultimately contributes to the title character’s humiliating prom night and subsequent revenge. But it was Travolta’s work as the character Vinnie Barbarino on the TV sitcom Welcome Back, Kotter, that ultimately led to his big breakthrough in the mid 1970’s.

The movie roles and offers began to pour in. Throughout the 1970’s, Travolta had one hit after another, most notably in Saturday Night Fever (1977) and Grease (1978.) The role catapulted Travolta to instant stardom, and even brought him his first Academy Award nomination at the young age of twenty-four. But after his starring role in Urban Cowboy in 1980, a series of box office failures brought nearly a decade-long dry spell for Travolta, until in 1989 he starred in the romantic comedy Look Who’s Talking alongside Kirstie Alley.

Since Travolta’s resurgence in the 1990’s, he he starred in multiple critically acclaimed and commercially successful roles, including: Pulp Fiction (1994), Get Shorty (1995), Face/Off (1997), Primary Colors (1998), Swordfish (2001), and Hairspray (2007.) Travolta most recently received his first Primetime Emmy Award for his depiction of Robert Shapiro in the television series The People v. O.J. Simpson. He is scheduled to next appear as John Gotti in the highly anticipated feature film, The Life and Death of John Gotti (2017.)

For more information on booking John Travolta, please contact Booking Entertainment. One of our top booking agents will be happy to work on your behalf to get you the best possible price to book any big name entertainer for your upcoming public, private or corporate event worldwide.

Booking Entertainment works to get the best possible John Travolta booking fee and John Travolta price for our clients while also providing the celebrity or famous entertainer with the level of professionalism and industry norms that they expect from an event run by a professional booking agency and production management.

Booking Entertainment uses our agency / management relationships and over 25 years of production experience to help buyers of headline / top name entertainers and does not claim or represent itself as the exclusive John Travolta agent, manager or management company for any of the artists on our site.

Booking Entertainment does not claim or represent itself as the exclusive booking agency, business manager, publicist, speakers bureau or management for John Travolta or any artists or celebrities on this website.