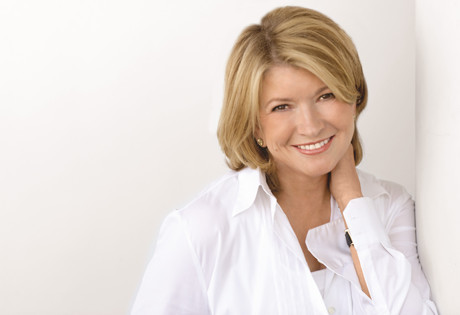 Start by filling out our no-obligation entertainment request form to check pricing and availability for Martha Stewart or whoever else you may want.

Our Martha Stewart agent will be happy to help you get Martha Stewart's availability and booking fee, or the price and availability for any other A-List entertainer, band, comedian or celebrity you may want for your corporate event, private party, wedding, birthday party or public show.

American businesswoman and television personality Martha Stewart was born in 1941 in Jersey City, New Jersey. Stewart’s foray into entertainment actually began very young; she started modeling as a teenager and appeared in a number of commercials for some very high-profile labels such as Chanel. But at the same time, she was learning how to cook and sew through her mother, and her father was teacher her the art of gardening, along with canning and preserving. This combination of influences undoubtedly had a strong impact on Martha’s eventual career path.

Martha Stewart actually began her career as a stockbroker, but while working to restore the 19th century home she and her husband had purchased in Connecticut, she found she had a real knack for decorating and restoring. She began a catering business after work on the house was complete, but it was a short-lived endeavor. Meanwhile, Stewart’s husband, who owned several publishing companies, encouraged her to consider writing a cookbook, largely inspired by her catering experiences. The result was the 1982 book Entertaining, which became an immediate success.

For more information on booking Martha Stewart, please contact Booking Entertainment. One of our top booking agents will be happy to work on your behalf to get you the best possible price to book any big name entertainer for your upcoming public, private or corporate event worldwide.

Booking Entertainment works to get the best possible Martha Stewart booking fee and Martha Stewart price for our clients while also providing the celebrity or famous entertainer with the level of professionalism and industry norms that they expect from an event run by a professional booking agency and production management.

Booking Entertainment uses our agency / management relationships and over 25 years of production experience to help buyers of headline / top name entertainers and does not claim or represent itself as the exclusive Martha Stewart agent, manager or management company for any of the artists on our site.

Booking Entertainment does not claim or represent itself as the exclusive booking agency, business manager, publicist, speakers bureau or management for Martha Stewart or any artists or celebrities on this website.