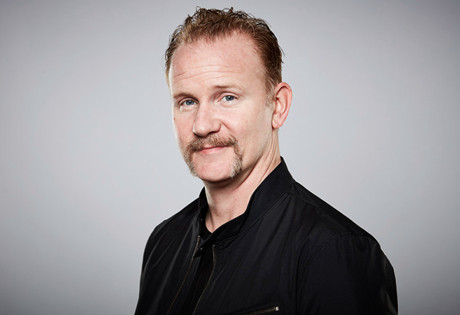 Start by filling out our no-obligation entertainment request form to check pricing and availability for Morgan Spurlock or whoever else you may want.

Our Morgan Spurlock agent will be happy to help you get Morgan Spurlock's availability and booking fee, or the price and availability for any other A-List entertainer, band, comedian or celebrity you may want for your corporate event, private party, wedding, birthday party or public show.

The American documentary filmmaker Morgan Spurlock was born in 1970 in Parkersburg, West Virginia. Spurlock grew up in the Beckley area of the state, and following high school he entered New York University’s Tisch School of the Arts to pursue a BFA in Film. After graduating in 1993, Spurlock began writing plays and scripts, earning awards for some of his earlier work.

One of Morgan’s earliest projects was the web series I Bet You Will, which featured ordinary people challenged with stunts to earn money. The series was so successful online that it was eventually picked up by the MTV network as a television series. But Spurlock rose to prominence with his 2004 film Super Size Me, a documentary in which he lived on nothing but McDonalds for an entire month, documenting the physiological changes along the way.

Super Size Me earned Morgan an Academy Award nomination for Best Documentary Feature and set the stage for a career which has since made him one of the most recognizable filmmakers and producers of the era. Additional films by Spurlock since include: Where in the World Is Osama bin Laden? (2008), The Greatest Movie Ever Sold (2011), and One Direction: This is Us (2013.) Spurlock also produced the television series 30 Days, which lasted for three seasons, and produced the half-hour documentary series A Day in the Life for the Hulu network. Spurlock has also authored three books: Don’t Eat This Book: Fast Food and the Supersizing of America (2005); Where in the World is Osama bin Laden? (2008), and Comic-Con Episode IV: A Fan’s Hope (2011.)

Today, Spurlock can been seen on the CNN series Morgan Spurlock Inside Man, which began its run in 2013. He continues to produce and direct feature documentaries and various projects for television and film.

For more information on booking Morgan Spurlock, please contact Booking Entertainment. One of our top booking agents will be happy to work on your behalf to get you the best possible price to book any big name entertainer for your upcoming public, private or corporate event worldwide.

Booking Entertainment works to get the best possible Morgan Spurlock booking fee and Morgan Spurlock price for our clients while also providing the celebrity or famous entertainer with the level of professionalism and industry norms that they expect from an event run by a professional booking agency and production management.

Booking Entertainment uses our agency / management relationships and over 25 years of production experience to help buyers of headline / top name entertainers and does not claim or represent itself as the exclusive Morgan Spurlock agent, manager or management company for any of the artists on our site.

Booking Entertainment does not claim or represent itself as the exclusive booking agency, business manager, publicist, speakers bureau or management for Morgan Spurlock or any artists or celebrities on this website.