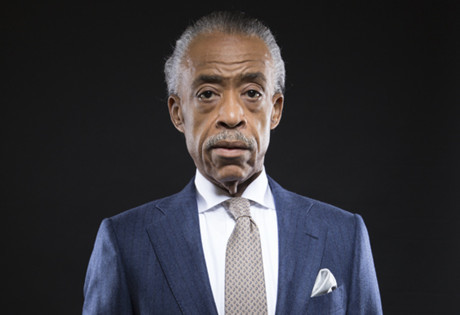 Start by filling out our no-obligation entertainment request form to check pricing and availability for Rev Al Sharpton or whoever else you may want.

Our Rev Al Sharpton agent will be happy to help you get Rev Al Sharpton's availability and booking fee, or the price and availability for any other A-List entertainer, band, comedian or celebrity you may want for your corporate event, private party, wedding, birthday party or public show.

American civil rights activist Reverend Al Sharpton was born in 1954 in Brooklyn, New York. Sharpton briefly attended Brooklyn College in the mid 1970’s; although he didn’t graduate, he began his foray into politics at this time, serving as youth director for Shirley Chisholm’s presidential campaign. Throughout the 1970’s and into the early 1980’s Sharpton continued to involve himself in politics, focusing on causes related to civil rights and the black community.

In 1984, Al Sharpton rose to prominence as a critical voice in the Bernhard Goetz shooting incident, in which Mr. Goetz shot four black young men while riding a New York City subway, claiming that he feared they were about to rob him. Goetz was cleared on nearly all charges, and Rev. Al Sharpton led the charge in public protests against the legal outcome of the case. Two years later, he again led more than a thousand demonstrators through Howard Beach, New York, in protest of the death of a black man accidentally killed after being chased by a mob of white men. By the late 1980’s, Sharpton was seen as a voice for the black community whenever such incidents arose, and he continues in that role to this day.

In recent years, Rev. Al Sharpton has attempted a presidential run (in 2004), and he has become a trusted advisor to a number of leading political figures, including President Barack Obama. He can be seen today hosting MSNBC’s PoliticsNation and he makes frequent appearances on a number of talk shows and television forums. He also continues to oversee the National Action Network, an organization he founded in 1991 with the goal of providing assistance to disadvantaged citizens and those living in poverty.

For more information on booking Rev Al Sharpton, please contact Booking Entertainment. One of our top booking agents will be happy to work on your behalf to get you the best possible price to book any big name entertainer for your upcoming public, private or corporate event worldwide.

Booking Entertainment works to get the best possible Rev Al Sharpton booking fee and Rev Al Sharpton price for our clients while also providing the celebrity or famous entertainer with the level of professionalism and industry norms that they expect from an event run by a professional booking agency and production management.

Booking Entertainment uses our agency / management relationships and over 25 years of production experience to help buyers of headline / top name entertainers and does not claim or represent itself as the exclusive Rev Al Sharpton agent, manager or management company for any of the artists on our site.

Booking Entertainment does not claim or represent itself as the exclusive booking agency, business manager, publicist, speakers bureau or management for Rev Al Sharpton or any artists or celebrities on this website.