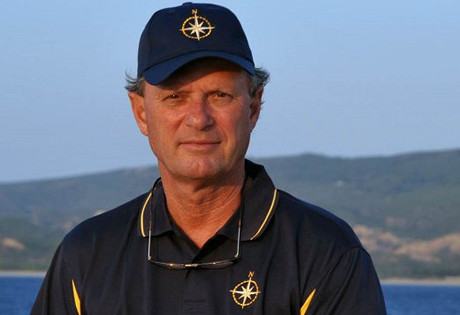 Start by filling out our no-obligation entertainment request form to check pricing and availability for Robert Ballard or whoever else you may want.

Our Robert Ballard agent will be happy to help you get Robert Ballard's availability and booking fee, or the price and availability for any other A-List entertainer, band, comedian or celebrity you may want for your corporate event, private party, wedding, birthday party or public show.

Noted marine archaeologist Robert Ballard was born in 1942 in San Diego, California. Ballard grew up in the Pacific Beach area of San Diego, and long before he became famous for discovering the wreck of the RMS Titanic in the mid 1980’s, he found himself inspired as a child by reading books such as Twenty Thousand Leagues Under the Sea.

After graduating from the University of California Santa Barbara with degrees in geology and chemistry, Ballard was called to military active duty. Although he’d participated in the Army’s ROTC program while in college, he instead requested to be assigned to the United States Navy as an oceanographer. After leaving the Navy at the conclusion of his tour, Robert remained with the reserves for the maximum amount of time permitted. Ballard ultimately went on to pursue his Ph.D. in marine geology at the University of Rhode Island.

In the 1980’s, Robert Ballard grew to prominence for his successful voyages to discover the wrecks of some of the century’s most notorious ocean disasters, most notably the Titanic (discovered in 1985), the Bismark (in 1989), the USS Yorktown (1998), and explorations of ancient wrecks in the Black Sea. In the early 1990’s, Ballard founded the Institute for Exploration in Mystic, Connecticut. The organization is partnered with the Mystic Aquarium and is part of the Sea Research Foundation, Inc., which has at its core the goal of encouraging and funding deep-sea archaeology.

Today, Robert Ballard oversees the Center for Ocean Exploration and Archaeological Oceanography at the University of Rhode Island, where he continues to teach. He is considered to be one of the era’s most prominent and well-respected oceanographers and ocean explorers.

For more information on booking Robert Ballard, please contact Booking Entertainment. One of our top booking agents will be happy to work on your behalf to get you the best possible price to book any big name entertainer for your upcoming public, private or corporate event worldwide.

Booking Entertainment works to get the best possible Robert Ballard booking fee and Robert Ballard price for our clients while also providing the celebrity or famous entertainer with the level of professionalism and industry norms that they expect from an event run by a professional booking agency and production management.

Booking Entertainment uses our agency / management relationships and over 25 years of production experience to help buyers of headline / top name entertainers and does not claim or represent itself as the exclusive Robert Ballard agent, manager or management company for any of the artists on our site.

Booking Entertainment does not claim or represent itself as the exclusive booking agency, business manager, publicist, speakers bureau or management for Robert Ballard or any artists or celebrities on this website.