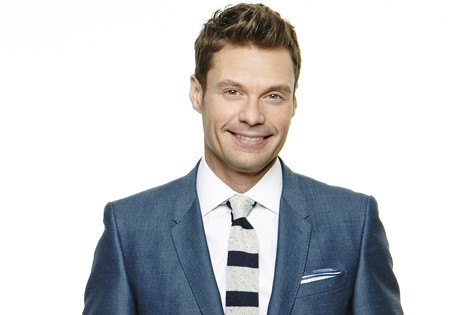 Start by filling out our no-obligation entertainment request form to check pricing and availability for Ryan Seacrest or whoever else you may want.

Our Ryan Seacrest agent will be happy to help you get Ryan Seacrest's availability and booking fee, or the price and availability for any other A-List entertainer, band, comedian or celebrity you may want for your corporate event, private party, wedding, birthday party or public show.

The American radio and television personality Ryan Seacrest was born in 1974 in Atlanta, Georgia. While still in high school, Seacrest won an internship at a local radio station, where he learned the craft of broadcasting and production. A chance change to a schedule allowed Ryan to jump on the air one day, and the station was so impressed with his talents that they gave him a shift on the weekends.

After graduating from high school in 1992, Seacrest enrolled at the University of Georgia in Athens to pursue a degree in journalism. But after only a year of study, Ryan decided to leave school and instead move to California to try and launch his career in broadcasting. By 1993, Ryan Seacrest had secured his first job, as a host on ESPN’s Radical Outdoor Challenge. Next came the kids’ game shows, Gladiators 2000, Wild Animal Games, and Click. He also began hosting the NBC Saturday Night Movie, sharing trivia from the evening’s film and offering opportunities for viewers to win prizes from the network, all during commercial breaks. But Ryan’s big break came in 2002, when he was offered a co-hosting position on the FOX reality competition series American Idol. Within a year, Ryan Seacrest was a household name.

Since that time, Ryan Seacrest has gone on to co-host dozens of television and programs, including New Year’s Rockin’ Eve and Knock Knock Live, and the radio programs American Top 40 and On Air With Ryan Seacrest. Ryan has also established his own production company, Ryan Seacrest Productions, serving as producer for a number of programs on the E! News network, the NBC network, and Clear Channel. A little known fact is also that he is the key producer on the hit E! series Keeping Up with the Kardashians and all the shows spin-offs. Seacrest currently also serves as producer of the Emmy Award-winning series Jamie Oliver’s Food Revolution. Seacrest also continues to host American Idol each season.

Off camera, Ryan Seacrest oversees his own Ryan Seacrest Foundation, which partners with nine children’s hospitals throughout the nation. Currently, Selena Gomez serves as spokesperson for the organization’s philanthropic endeavors.

For more information on booking Ryan Seacrest, please contact Booking Entertainment. One of our top booking agents will be happy to work on your behalf to get you the best possible price to book any big name entertainer for your upcoming public, private or corporate event worldwide.

Booking Entertainment works to get the best possible Ryan Seacrest booking fee and Ryan Seacrest price for our clients while also providing the celebrity or famous entertainer with the level of professionalism and industry norms that they expect from an event run by a professional booking agency and production management.

Booking Entertainment uses our agency / management relationships and over 25 years of production experience to help buyers of headline / top name entertainers and does not claim or represent itself as the exclusive Ryan Seacrest agent, manager or management company for any of the artists on our site.

Booking Entertainment does not claim or represent itself as the exclusive booking agency, business manager, publicist, speakers bureau or management for Ryan Seacrest or any artists or celebrities on this website.