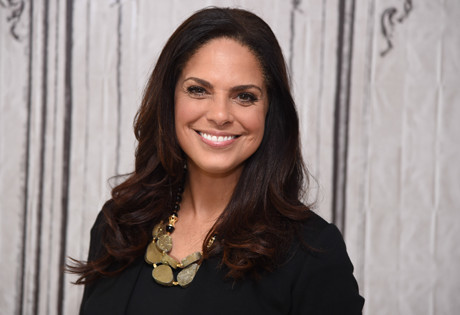 Start by filling out our no-obligation entertainment request form to check pricing and availability for Soledad O'Brien or whoever else you may want.

Our Soledad O'Brien agent will be happy to help you get Soledad O'Brien's availability and booking fee, or the price and availability for any other A-List entertainer, band, comedian or celebrity you may want for your corporate event, private party, wedding, birthday party or public show.

American journalist and television personality Soledad O’Brien was born in 1966 on Long Island in New York. Today, Soledad is best recognized for her anchor work on such high-profile networks as HBO and CNN, but long before that, O’Brien began her work in television news with an NBC affiliate in Boston, where she served as a writer and associate producer.

In the late 1990’s, O’Brien began serving as co-anchor for Weekend Today and a contributor to the Today Show. But her big breakthrough came in 2003, when she was invited to join Miles O’Brien to co-anchor American Morning on the CNN network. On CNN, Soledad became well-known for her exemplary coverage of such events as the Hurricane Katrina aftermath in New Orleans, for which she earned a Peabody Award. She also anchored her own long-running CNN special, Black in America, between 2007 and 2012, and provided extensive coverage during both the 2008 and 2012 presidential races, for which she earned an Emmy Award.

Between 2011 and 2013, Soledad O’Brien served as anchor for CNN’s Early Start and Starting Point. She left the network in 2013 to join the Starfish Media Group production company, and later that year joined the HBO network to team up with Bryant Gumbel on the Real Sports news program.

Today, Soledad O’Brien is among the most recognizable faces in television news. She recently announced a partnership with the Al Jazeera America network, for which she will begin production on a series of documentary specials.

For more information on booking Soledad O'Brien, please contact Booking Entertainment. One of our top booking agents will be happy to work on your behalf to get you the best possible price to book any big name entertainer for your upcoming public, private or corporate event worldwide.

Booking Entertainment works to get the best possible Soledad O'Brien booking fee and Soledad O'Brien price for our clients while also providing the celebrity or famous entertainer with the level of professionalism and industry norms that they expect from an event run by a professional booking agency and production management.

Booking Entertainment uses our agency / management relationships and over 25 years of production experience to help buyers of headline / top name entertainers and does not claim or represent itself as the exclusive Soledad O'Brien agent, manager or management company for any of the artists on our site.

Booking Entertainment does not claim or represent itself as the exclusive booking agency, business manager, publicist, speakers bureau or management for Soledad O'Brien or any artists or celebrities on this website.