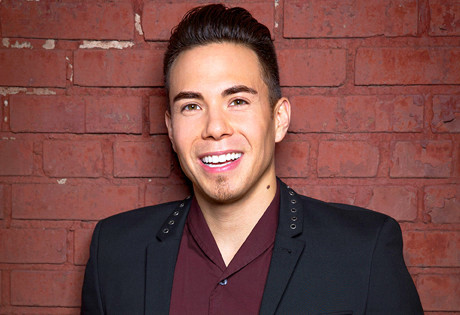 Start by filling out our no-obligation entertainment request form to check pricing and availability for Apolo Ohno or whoever else you may want.

Our Apolo Ohno agent will be happy to help you get Apolo Ohno's availability and booking fee, or the price and availability for any other A-List entertainer, band, comedian or celebrity you may want for your corporate event, private party, wedding, birthday party or public show.

Speed skater Apolo Ohno was born in 1982 in Washington. Long before Ohno rose to fame as an eight-time medalist in the Winter Olympics, young Apolo began training full-time when he was barely a teenager, winning championship after championship until finally becoming the youngest competitor to win a World Cup event title in 2001.

Ohno entered the Olympic competition in the year following, quickly earning both the respect and love of Olympic viewers around the globe. His achievements in the Olympics that year were followed by World Cup titles in 2003, 2004, and 2005, before returning to the 2006 Winter Olympics in Turin, where he earned two more gold medals. Following his success, he completed his studies at the University of Colorado at Colorado Springs, earning a degree in business, before returning for the 2014 Winter Olympics in Sochi, this time serving as an on-air commentator.

Apolo Ohno has developed into a role model, serving as the “face” of speed skating and is often credited with popularizing the sport. Ohno seems quite comfortable with his public role, and has even pursued opportunities to further a career in the entertainment world, competing on Dancing with the Stars, serving as a guest judge on Project Runway, and appearing as a guest star on Hawaii Five-O. Ohno has also estalblished his own Apolo Anton Ohno Foundation to further a number of philanthropic causes, including those related to HIV/AIDS awareness and other infectious diseases around the globe. His foundation also promotes a healthy lifestyle and discourages underage drinking.

For more information on booking Apolo Ohno, please contact Booking Entertainment. One of our top booking agents will be happy to work on your behalf to get you the best possible price to book any big name entertainer for your upcoming public, private or corporate event worldwide.

Booking Entertainment works to get the best possible Apolo Ohno booking fee and Apolo Ohno price for our clients while also providing the celebrity or famous entertainer with the level of professionalism and industry norms that they expect from an event run by a professional booking agency and production management.

Booking Entertainment uses our agency / management relationships and over 25 years of production experience to help buyers of headline / top name entertainers and does not claim or represent itself as the exclusive Apolo Ohno agent, manager or management company for any of the artists on our site.

Booking Entertainment does not claim or represent itself as the exclusive booking agency, business manager, publicist, speakers bureau or management for Apolo Ohno or any artists or celebrities on this website.