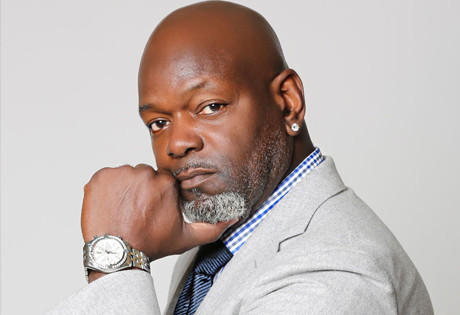 Start by filling out our no-obligation entertainment request form to check pricing and availability for Emmitt Smith or whoever else you may want.

Our Emmitt Smith agent will be happy to help you get Emmitt Smith's availability and booking fee, or the price and availability for any other A-List entertainer, band, comedian or celebrity you may want for your corporate event, private party, wedding, birthday party or public show.

The American football player Emmitt James Smith was born in 1969 in Pensacola, Florida. While attending Escambia High School, Smith ran track and played football, bringing his high school team to the state football championship in an extraordinary performance on the field. His talents earned Emmitt USA Today’s title of High School Player of the Year in 1986 and a scholarship to the University of Florida in Gainesville.

Following college, Emmitt Smith played for the Dallas Cowboys and the Arizona Cardinals, rising in status to become one of America’s greatest running backs in NFL history. During his career, he became the only running back to win the Super Bowl Most Valuable Player award, the NFL rushing crown, and the NFL Most Valuable Player award in a single season. Smith led the Dallas Cowboys to Super Bowl championships three times, and became the first player from the 1990 NFL Draft to be inducted into the Pro Football Hall of Fame. Emmitt Smith announced his retirement from the NFL in 2005, and immediately after began work with NFL Total Access as an in-studio analyst for the network.

Since retiring, Emmitt Smith has served as an analyst for NFL Total Access, for ESPN’s NFL pre-game coverage, and for SportsCenter. Emmitt Smith has also appeared on dancing with the stars twice, first in 2006, in which he won the season’s competition alongside dance partner Cheryl Burke. He also competed again for the show’s fifteenth season.  Most recently, Smith embarked on a foray into real estate, teaming with fellow Cowboy’s legend Roger Staubach to form a real estate development partnership. The company has developed a number of large projects throughout the country and recently expanded into the New York area.

For more information on booking Emmitt Smith, please contact Booking Entertainment. One of our top booking agents will be happy to work on your behalf to get you the best possible price to book any big name entertainer for your upcoming public, private or corporate event worldwide.

Booking Entertainment works to get the best possible Emmitt Smith booking fee and Emmitt Smith price for our clients while also providing the celebrity or famous entertainer with the level of professionalism and industry norms that they expect from an event run by a professional booking agency and production management.

Booking Entertainment uses our agency / management relationships and over 25 years of production experience to help buyers of headline / top name entertainers and does not claim or represent itself as the exclusive Emmitt Smith agent, manager or management company for any of the artists on our site.

Booking Entertainment does not claim or represent itself as the exclusive booking agency, business manager, publicist, speakers bureau or management for Emmitt Smith or any artists or celebrities on this website.