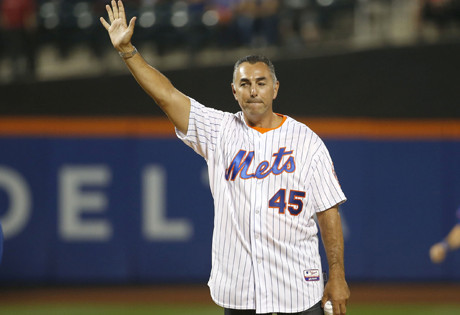 Start by filling out our no-obligation entertainment request form to check pricing and availability for John Franco or whoever else you may want.

Our John Franco agent will be happy to help you get John Franco's availability and booking fee, or the price and availability for any other A-List entertainer, band, comedian or celebrity you may want for your corporate event, private party, wedding, birthday party or public show.

Former American baseball player John Franco was born in 1960 in Brooklyn, New York. Before Franco grew up to become one of the New York Mets most notable players, he grew up in the Bensonhurst section of Brooklyn, learning to play baseball from his father, who encouraged his interest in the sport. After graduating from high school, John played baseball for St. John’s University, garnering the interest of major league teams.

In 1981, John Franco was drafted by the Los Angeles Dodgers for the amateur draft. But he traded to the Cincinnati Reds only two years later as a traditional relief pitcher, known for his fastball. John spent six seasons with Cincinnati, bringing the Reds to four successful seasons in which they finished second. In 1988, John was recognized with the Relief Man of the Year Award, and then one year later he was traded to the New York Mets.

Franco remained with the Mets for another fourteen seasons, rising to team captain and leading the league in saves for multiple seasons between 1988 and 1994. Career highlights for Franco include: 4-time All-Star (1986 – 1990); More than 1000 games pitched; l975 strikeouts; and 424 saves, bringing him to the number four spot in major league history, the greatest number for any left-handed pitcher in the league.

Although now retired, John Franco is still an icon in American baseball. He recently threw the ceremonial first pitch at his alma mater’s game against Georgetown in 2009. In 2012, he was inducted into the New York Mets Hall of fame. Following in his father’s footsteps, Franco’s son, J.J., was recently drafted by the Atlanta Braves in 2014.

For more information on booking John Franco, please contact Booking Entertainment. One of our top booking agents will be happy to work on your behalf to get you the best possible price to book any big name entertainer for your upcoming public, private or corporate event worldwide.

Booking Entertainment works to get the best possible John Franco booking fee and John Franco price for our clients while also providing the celebrity or famous entertainer with the level of professionalism and industry norms that they expect from an event run by a professional booking agency and production management.

Booking Entertainment uses our agency / management relationships and over 25 years of production experience to help buyers of headline / top name entertainers and does not claim or represent itself as the exclusive John Franco agent, manager or management company for any of the artists on our site.

Booking Entertainment does not claim or represent itself as the exclusive booking agency, business manager, publicist, speakers bureau or management for John Franco or any artists or celebrities on this website.