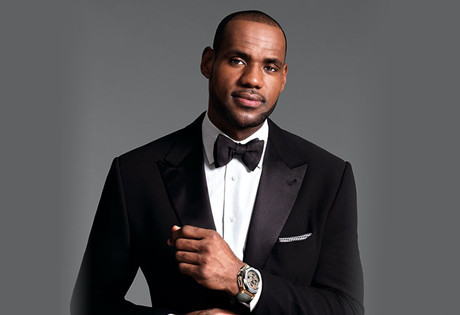 Start by filling out our no-obligation entertainment request form to check pricing and availability for Lebron James or whoever else you may want.

Our Lebron James agent will be happy to help you get Lebron James's availability and booking fee, or the price and availability for any other A-List entertainer, band, comedian or celebrity you may want for your corporate event, private party, wedding, birthday party or public show.

The American professional basketball player LeBron James was born in 1984 in Akron, Ohio, to a teenage mother who raised her son on her own. As a child, LeBron’s mother struggled to find consistent work, often making the task of caring for her son difficulty. When LeBron was still in elementary school, she sent him to live with a family friend, and it was there that LeBron James learned to play basketball.

LeBron’s childhood took a turn from there; he played for a number of amateur leagues and then upon entering high school, he played both basketball and football. Very quickly LeBron became known around the nation as one of the country’s most promising high school basketball players. James received press in SLAM Magazine and then also appeared on the cover of Sports Illustrated. By the time James had graduated from high school, he’d won the Gatorade National Player of the Year Award and had been selected to the USA Today All-USA First Team.

In 2003, LeBron James was selected by the Cleveland Cavaliers for the NBA Draft. Over the course of his career, LeBron has grown into one of the nation’s most beloved basketball players and perhaps one of the most recognizable figures in the sport. Career highlights include: becoming the Cavalier’s leading scorer, of all time; six All-Defensive teams; 11 All-Star teams; NBA Rookie of the Year Award, four NBA Most Valuable Player Awards, two NBA championships, and two Olympic gold medals. James left the Cavaliers for the Miami Heat in 2010, but returned to the Cavaliers in 2014, and he remains with the team today.

LeBron James has dozens of endorsement deals which make him among the wealthiest of athletes today. Notable companies with which he is associated include: Samsung, State Farm, Coca-Cola, McDonald’s, and Nike. He also has numerous investment deals which have further increased his wealth. James has also appeared as a host on Saturday Night Live, as himself in the film Trainwreck, and in a cameo role on the series Entourage for HBO. In 2009, the documentary film More Than a Game was released; the film provides an account of LeBron James’s growth from high school basketball star to one of the world’s wealthiest and most successful athletes.

For more information on booking Lebron James, please contact Booking Entertainment. One of our top booking agents will be happy to work on your behalf to get you the best possible price to book any big name entertainer for your upcoming public, private or corporate event worldwide.

Booking Entertainment works to get the best possible Lebron James booking fee and Lebron James price for our clients while also providing the celebrity or famous entertainer with the level of professionalism and industry norms that they expect from an event run by a professional booking agency and production management.

Booking Entertainment uses our agency / management relationships and over 25 years of production experience to help buyers of headline / top name entertainers and does not claim or represent itself as the exclusive Lebron James agent, manager or management company for any of the artists on our site.

Booking Entertainment does not claim or represent itself as the exclusive booking agency, business manager, publicist, speakers bureau or management for Lebron James or any artists or celebrities on this website.