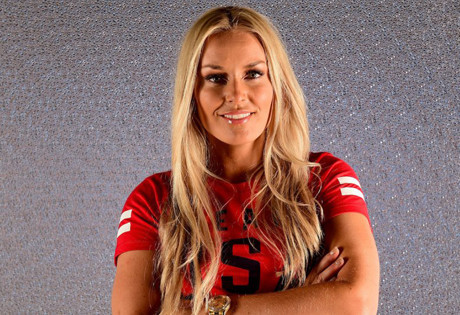 Start by filling out our no-obligation entertainment request form to check pricing and availability for Lindsey Vonn or whoever else you may want.

Our Lindsey Vonn agent will be happy to help you get Lindsey Vonn's availability and booking fee, or the price and availability for any other A-List entertainer, band, comedian or celebrity you may want for your corporate event, private party, wedding, birthday party or public show.

The American alpine ski racer Lindsey Vonn rose to prominence after her first World Cup championship in 2008. But long before Vonn became a household name, she grew up in Burnsville, Minnesota in the Twin Cities area. Lindsey began skiing at the age of only two, and by the time she was in elementary school it was clear she had a unique talent for the sport. Under the guidance and encouragement of her father, Lindsey Vonn pushed herself to excel, and at the age of eleven, she moved with her mother to Colorado so that she could take advantage of the lengthy winters for training.

Lindsey Vonn made her World Cup debut in 2000, at the age of sixteen. Her Olympic debut followed two years later, in which she raced combined and slalom. Vonn earned her first silver medal at the Junior World Championship in the following year, and terrific indication of things to come. Since that time, she has won an Olympic gold medal (in the 2010 Winter Olympics for downhill skiing); four World Cup championships, each year between 2008 and 2010 and then again in 2012; and five titles in super-G between 2009 and 2015. Unusual for the sport, Lindsey Vonn is one of only a handful of women to have won races in all five disciplines of alpine skiing, which includes combined, slalom, giant slalom, super-G, and downhill. Her sixty-seven total World Cup victories set the record for the women’s division of the sport.

Lindsey Vonn has grown to become one of the world’s most recognizable figures in the sport. She has frequently appeared on talk shows, including The Late Show with David Letterman and The Today show, and she served as a correspondent for the 2014 Winter Olympics in Sochi, Russia. Vonn is also a bit of a sex symbol – she has graced the pages of Maxim Magazine, placing on their Hot 100 list, and she was featured in the 2010 Sports Illustrated Swimsuit Edition.

For more information on booking Lindsey Vonn, please contact Booking Entertainment. One of our top booking agents will be happy to work on your behalf to get you the best possible price to book any big name entertainer for your upcoming public, private or corporate event worldwide.

Booking Entertainment works to get the best possible Lindsey Vonn booking fee and Lindsey Vonn price for our clients while also providing the celebrity or famous entertainer with the level of professionalism and industry norms that they expect from an event run by a professional booking agency and production management.

Booking Entertainment uses our agency / management relationships and over 25 years of production experience to help buyers of headline / top name entertainers and does not claim or represent itself as the exclusive Lindsey Vonn agent, manager or management company for any of the artists on our site.

Booking Entertainment does not claim or represent itself as the exclusive booking agency, business manager, publicist, speakers bureau or management for Lindsey Vonn or any artists or celebrities on this website.