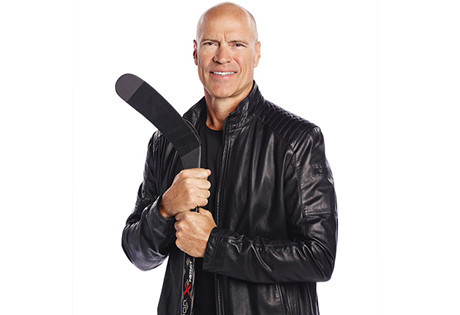 Start by filling out our no-obligation entertainment request form to check pricing and availability for Mark Messier or whoever else you may want.

Our Mark Messier agent will be happy to help you get Mark Messier's availability and booking fee, or the price and availability for any other A-List entertainer, band, comedian or celebrity you may want for your corporate event, private party, wedding, birthday party or public show.

The Canadian ice hockey player Mark Messier was born in 1961 and grew up in St. Albert area. Mark learned to play hockey when he was still in elementary school, and by the time he was a teenager he was playing junior hockey under the guidance of his father, also his coach. As a player with the Alberta Junior Hockey League and St. Albert Saints, Mark grew to become one of the team’s stand-out players, eventually garnering the interest of the Indianapolis Racers.

Messier joined Indianapolis at the age of seventeen, and then signed with the Cincinnati Stingers. In 1979, Mark was drafted by the Edmonton Oilers, with whom he remained until 1991, at which time he was traded to the New York Rangers, the team with which he is most frequently associated today. Today, Mark Messier is considered one of the NHL’s greatest players of all time. Over the course of his career, he brought the Oilers to the Stanley Cup five times and did the same for the Rangers once. Mark was the recipient of the Conn Smythe Trophy in 1984, and earned the Hart Trophy twice in 1990 and 1992.

In his retirement, Mark Messier holds the record for most NHL regular season and playoff season games played, having played for twenty-five NHL seasons. Today he is also active in a variety of philanthropic endeavors, including serving on the board for the New York Police and Fire Widows’ and Children’s Benefit Fund. Most recently, Mark Messier was inducted into the Hockey Hall of Fame in 2007. In 2010, he coached the Canadian national team for two European tournaments, and he recently began a run as an on-screen analyst for network such as NHL on Versus.

For more information on booking Mark Messier, please contact Booking Entertainment. One of our top booking agents will be happy to work on your behalf to get you the best possible price to book any big name entertainer for your upcoming public, private or corporate event worldwide.

Booking Entertainment works to get the best possible Mark Messier booking fee and Mark Messier price for our clients while also providing the celebrity or famous entertainer with the level of professionalism and industry norms that they expect from an event run by a professional booking agency and production management.

Booking Entertainment uses our agency / management relationships and over 25 years of production experience to help buyers of headline / top name entertainers and does not claim or represent itself as the exclusive Mark Messier agent, manager or management company for any of the artists on our site.

Booking Entertainment does not claim or represent itself as the exclusive booking agency, business manager, publicist, speakers bureau or management for Mark Messier or any artists or celebrities on this website.