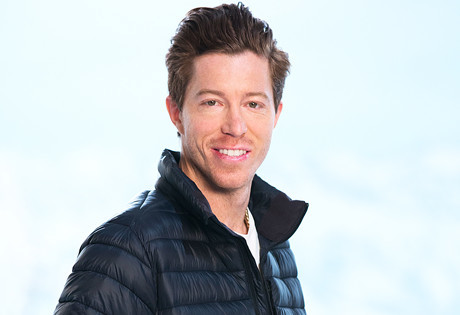 Start by filling out our no-obligation entertainment request form to check pricing and availability for Shaun White or whoever else you may want.

Our Shaun White agent will be happy to help you get Shaun White's availability and booking fee, or the price and availability for any other A-List entertainer, band, comedian or celebrity you may want for your corporate event, private party, wedding, birthday party or public show.

The Olympic gold medalist, snowboarder and skateboarder Shaun White was born in 1986 in San Diego, California. Despite some challenges at birth, having been born with a congenital heart defect, Shaun took to athletic endeavors with enthusiasm as a child, and in particular excelled on the ski slopes of Vermont. White rose through the competitive ranks at a staggering pace, drawing comparisons to the famous skateboarder Tony Hawk. Ultimately, it was Hawk who helped Shaun to launch a professional skateboarding career when he was seventeen, but it would be as a snowboarder that White would make his biggest mark.

Shaun White was selected for the United States Olympic team for the Winter Olympics in 2006 and 2010, and he took home the gold metal each time. He also became famous for his performances as the Winter X Games, at which he has won a medal every year since competing for the first time in 2002. In total, White has so far earned nearly twenty metals over the course of his snowboarding career, and he continues to compete. Most recently, Shaun White won yet another SuperPipe victory in 2013, and took the third place award at the FIS Snowboard World Cup in Colorado.

In addition to his achievements on the slopes, Shaun White has served in an endorsement capacity for decades now, having secured his first deals when he was still in elementary school. Shaun has represented such corporations as Oakley, Target, Red Bull, and Hewlett-Packard, to name a few. He also appeared in the documentary First Descent (2005), and served as guest editor of Snowboarded Magazine in its February 2008 issue. He also recently appeared as himself in cameo roles in the film Friends with Benefits (2011) and Cloud 9 (2012), and on the television series American Dad! Shaun also performs with the rock band Bag Things, as the band’s guitarist.

Most recently, Shaun White released his own series of video games, Shaun White Snowboarding and Shaun White Skateboarding, which have been enormously successful commercially.

For more information on booking Shaun White, please contact Booking Entertainment. One of our top booking agents will be happy to work on your behalf to get you the best possible price to book any big name entertainer for your upcoming public, private or corporate event worldwide.

Booking Entertainment works to get the best possible Shaun White booking fee and Shaun White price for our clients while also providing the celebrity or famous entertainer with the level of professionalism and industry norms that they expect from an event run by a professional booking agency and production management.

Booking Entertainment uses our agency / management relationships and over 25 years of production experience to help buyers of headline / top name entertainers and does not claim or represent itself as the exclusive Shaun White agent, manager or management company for any of the artists on our site.

Booking Entertainment does not claim or represent itself as the exclusive booking agency, business manager, publicist, speakers bureau or management for Shaun White or any artists or celebrities on this website.